Busy times at the Vice

I've been working steadily at filling up the flyboxes for this season.

The Monkey Fly has been a revelation throughout the last decade. Originating on the Dee in Scotland, the Monkey quickly became a real success story on the Dee, initially, in Scotland and subsequently further afield. The original Monkey was tied with a yellow underwing followed by a black overwing but of course, the original spawned many variations. I like to tie the monkey more sparsely than regular Templedogs, but I must, at this point, admit that I have never caught a fish on the Monkey. To be honest, I haven't really fished this pattern. The simplicity of the pattern allows discerning tyers/fishers to tinker with the fly to suit the waters they fish. I've tied up a selection of Monkeys with both clear and peaty water in mind. Some on bottle tubes and some on 1/2 in aluminium tubes finished off with a conehead. 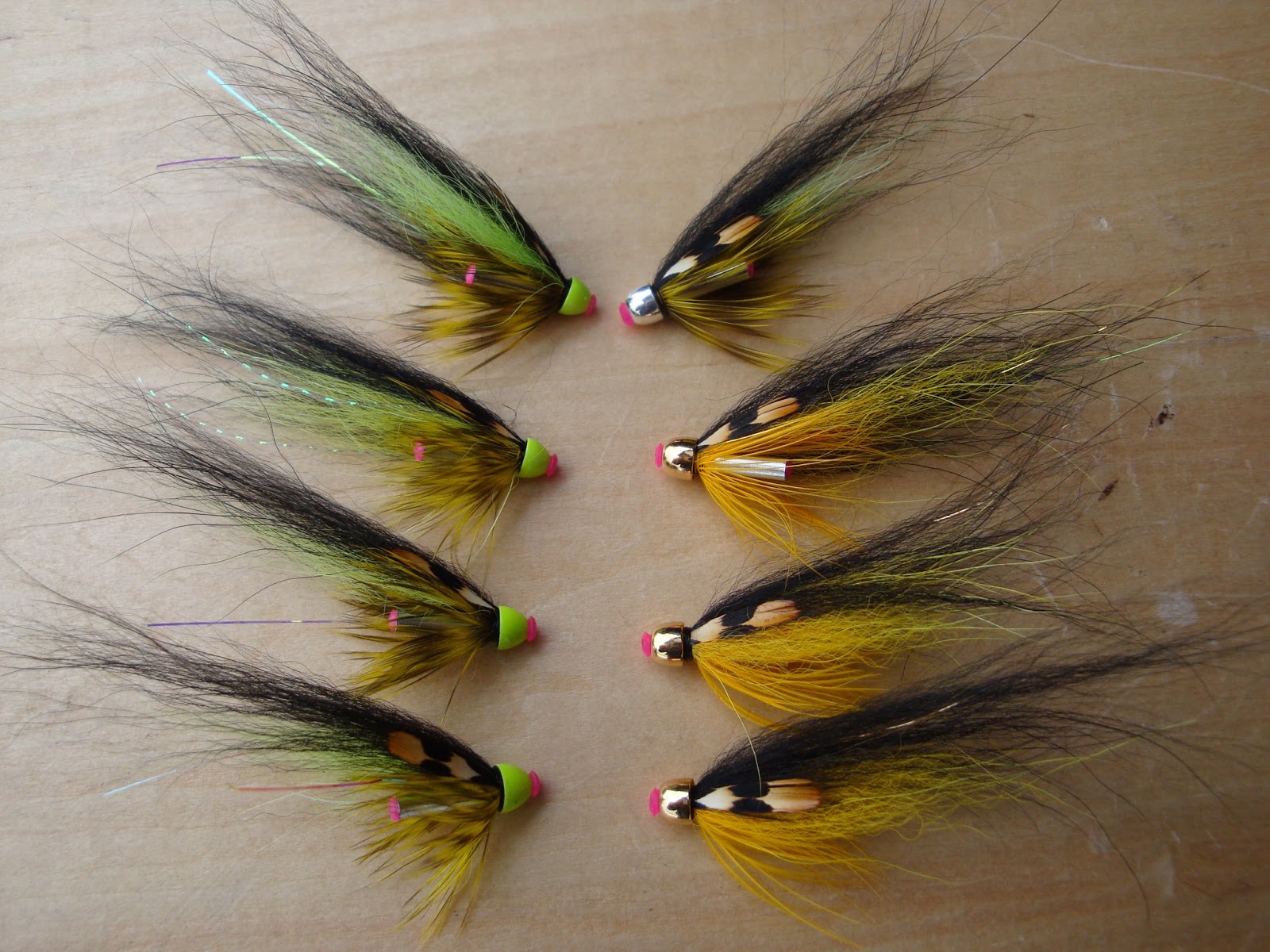 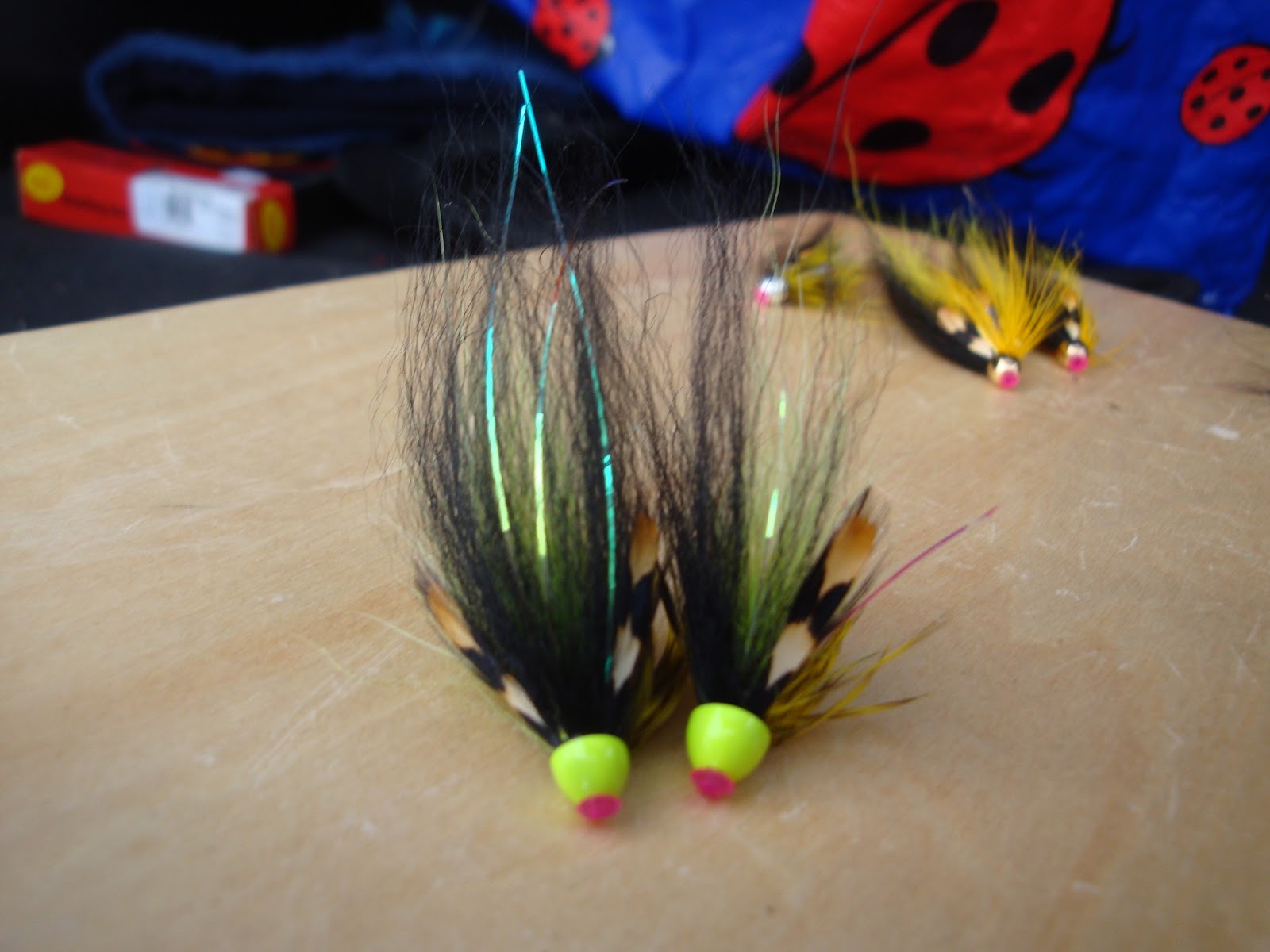 FITs cones are my favourite. I remove the lining from the aluminium tube and reline it with FITs tubing and a chartreuse cone. 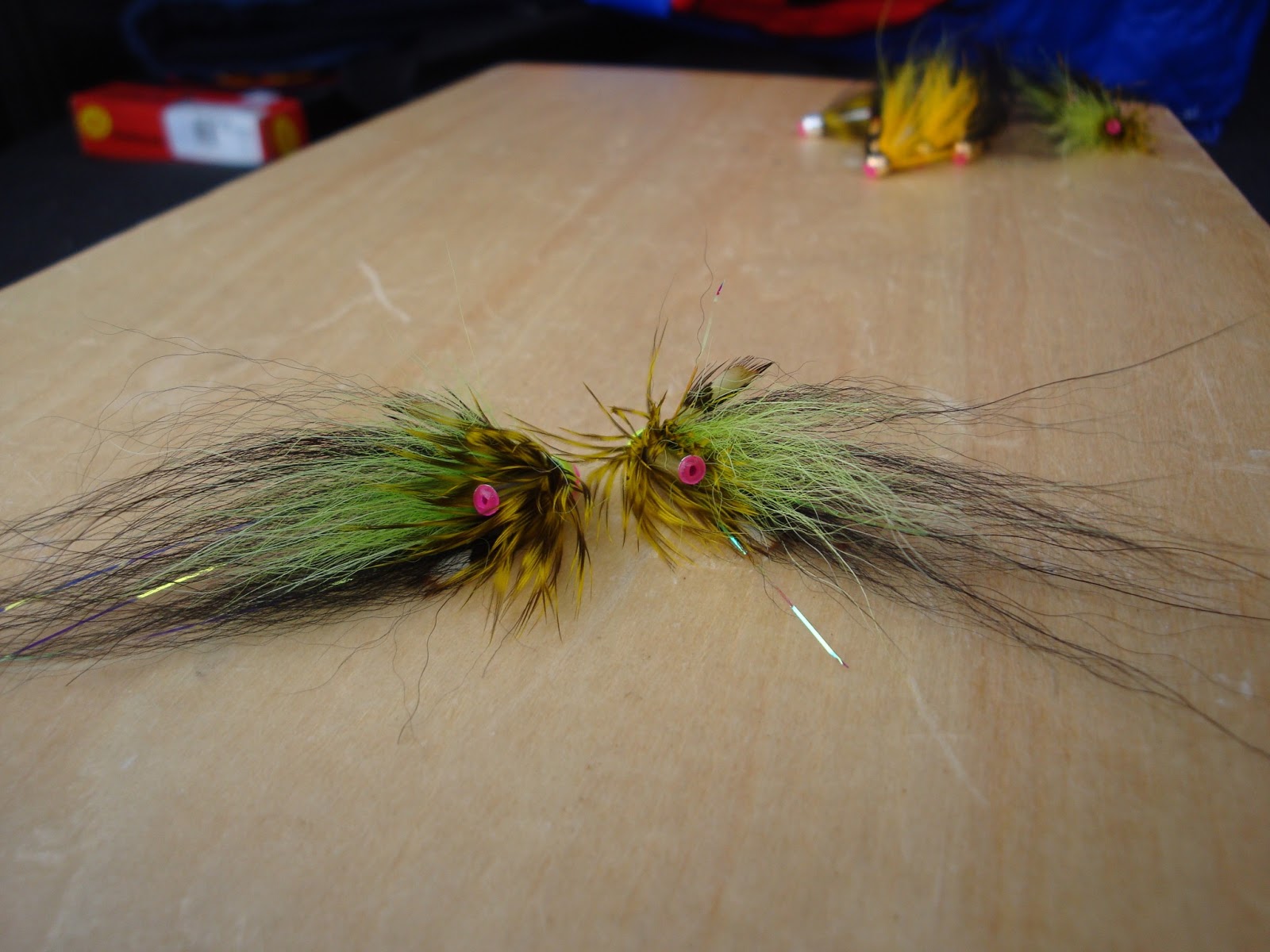 Nice wide profile whilst keeping the dressing sparse.
Of course, my current obsession with Spey and Dee style flies continues. 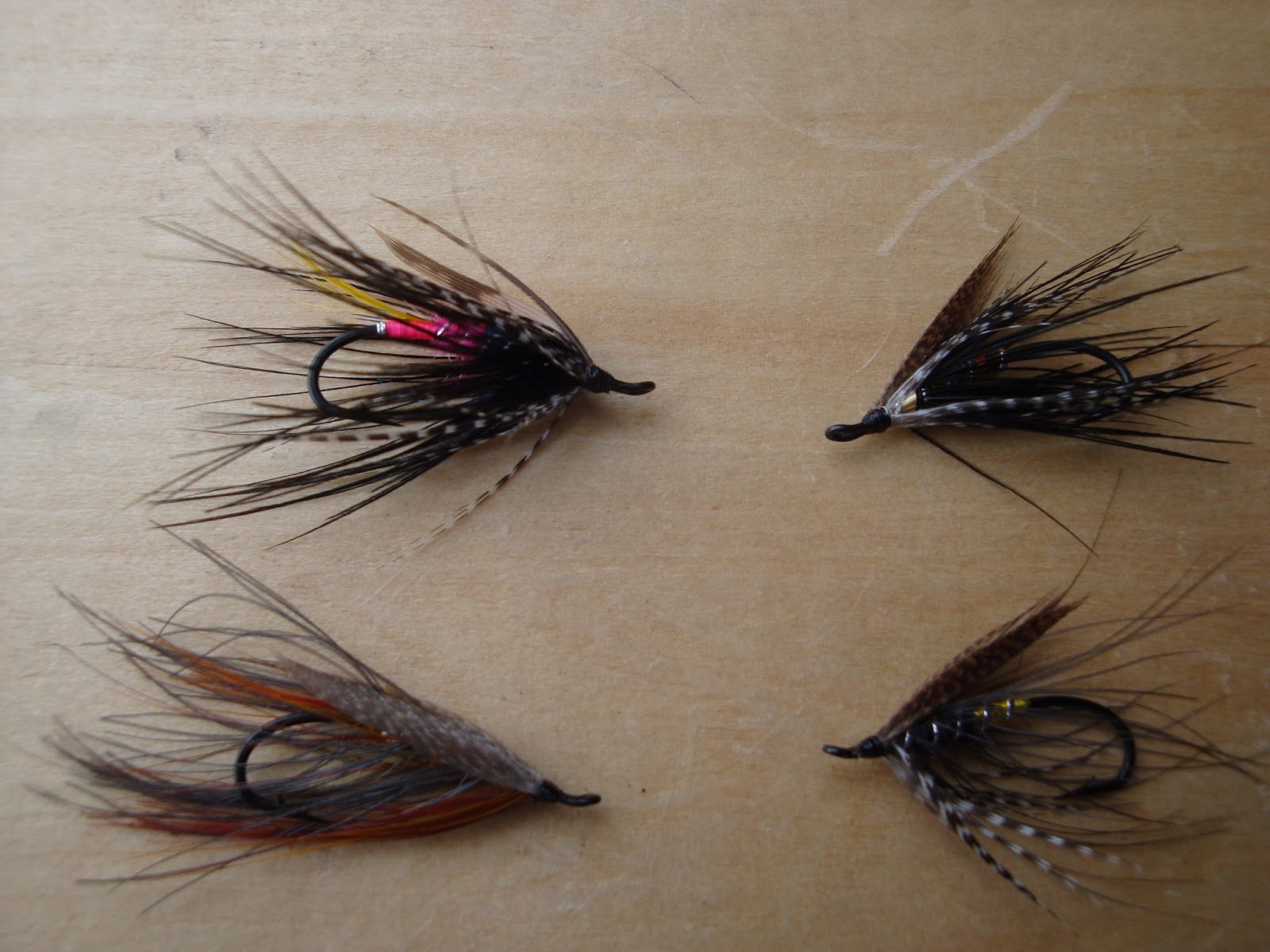 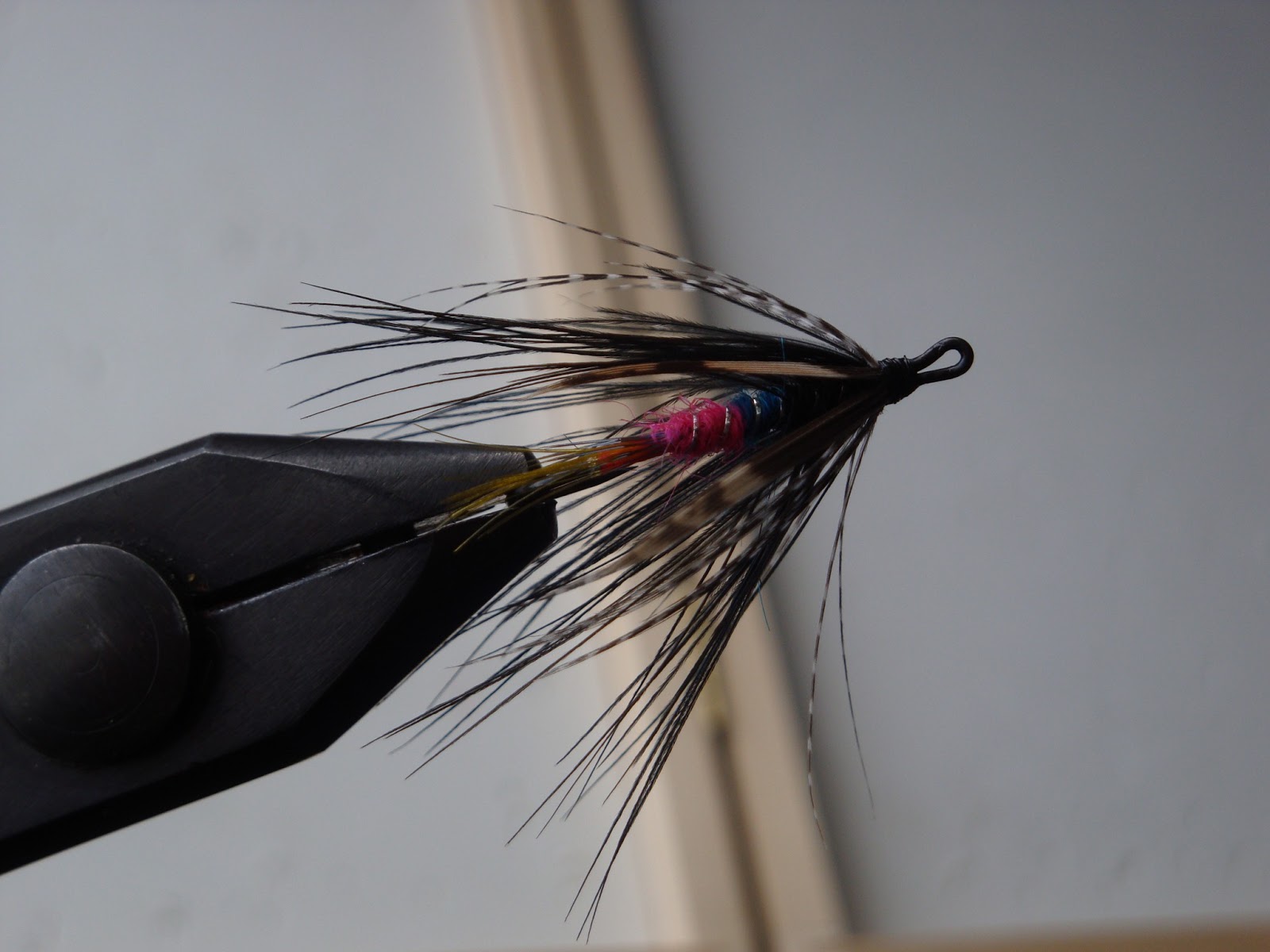 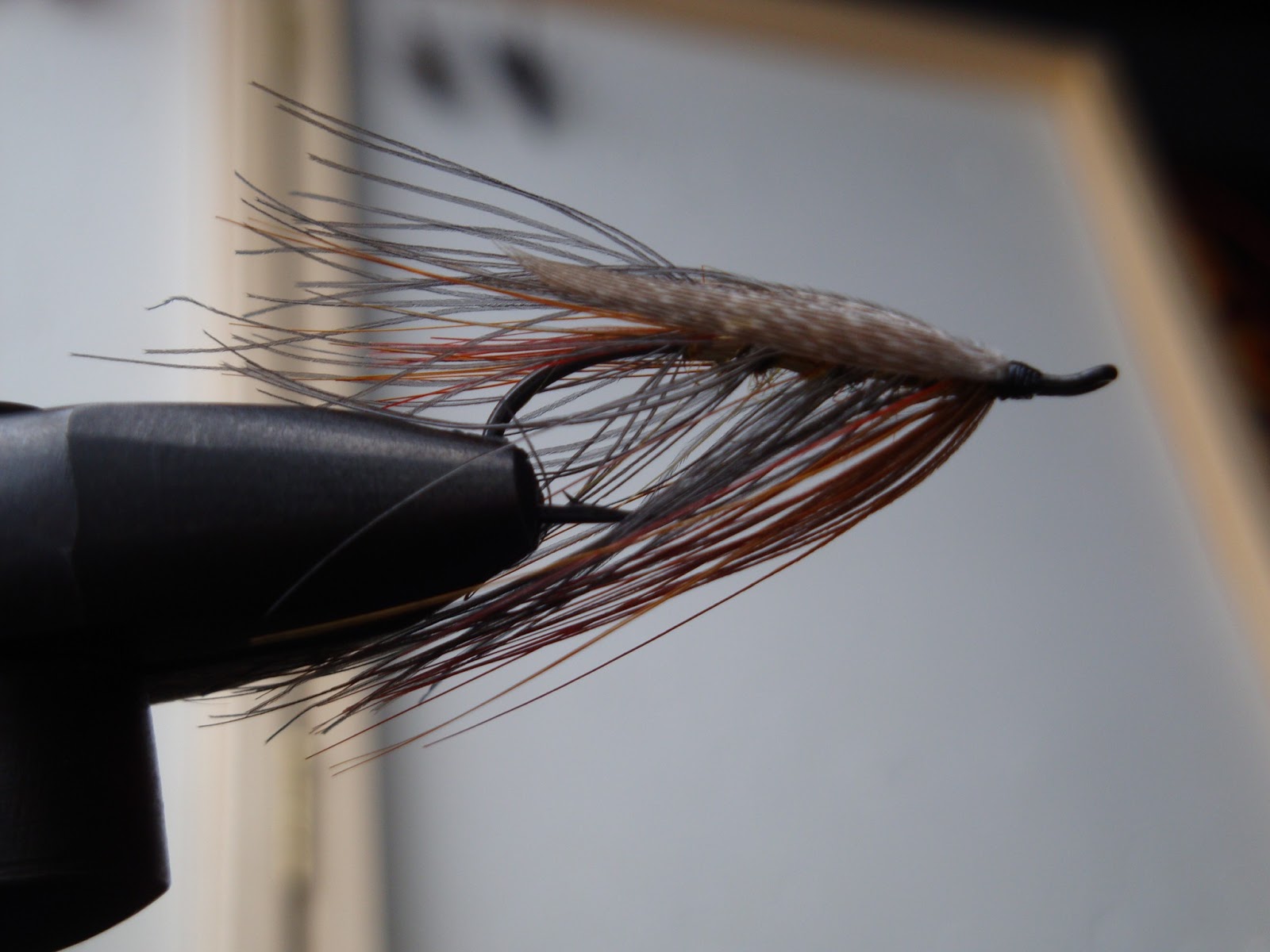 First attempt at a Lady Caroline. Our American friends across the pond swear by this pattern. 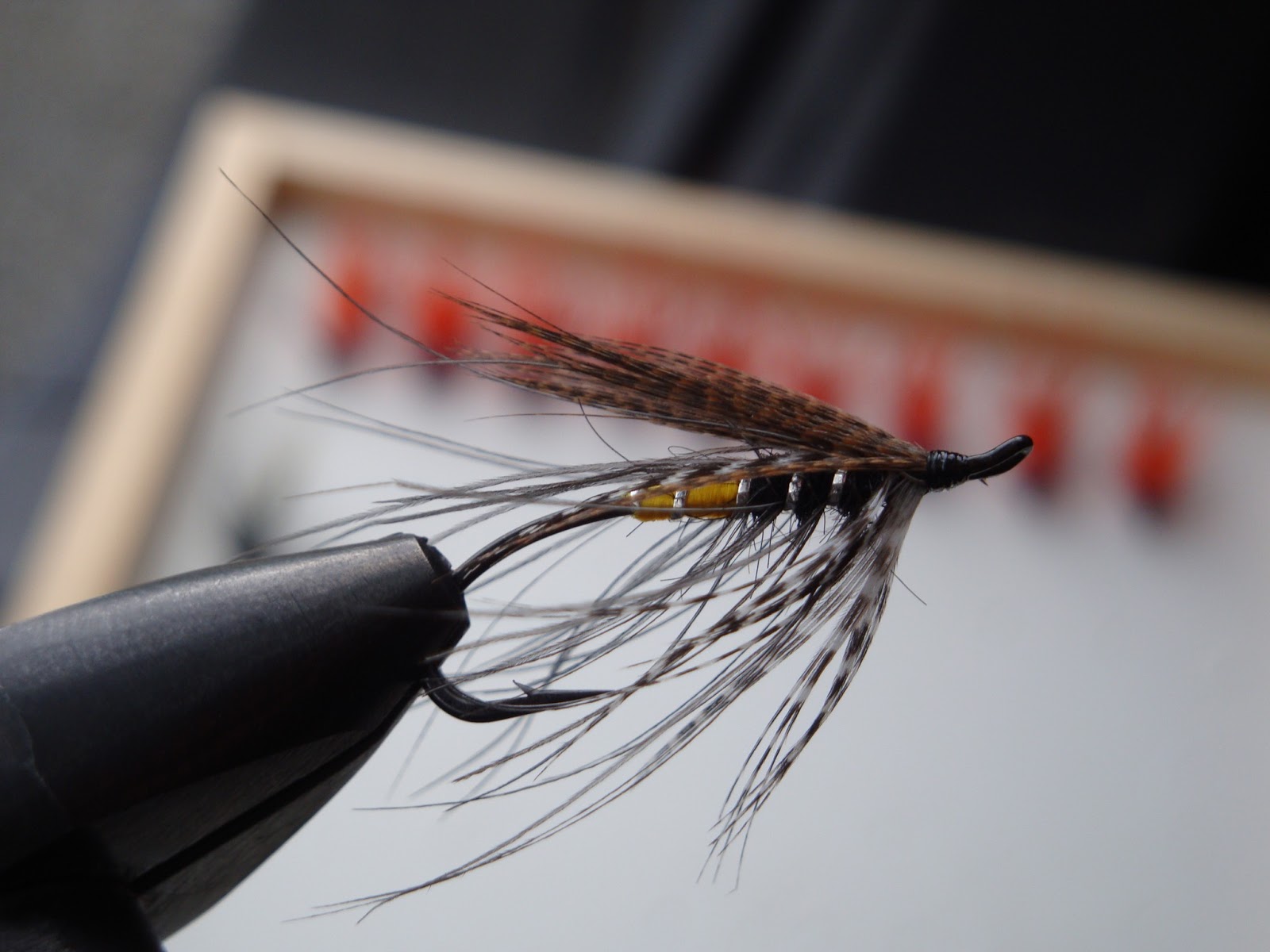 I stripped the fibres from one side of the feather for the body hackle on this fly. It's bound to have great movement in low water where a subtle fly is required. 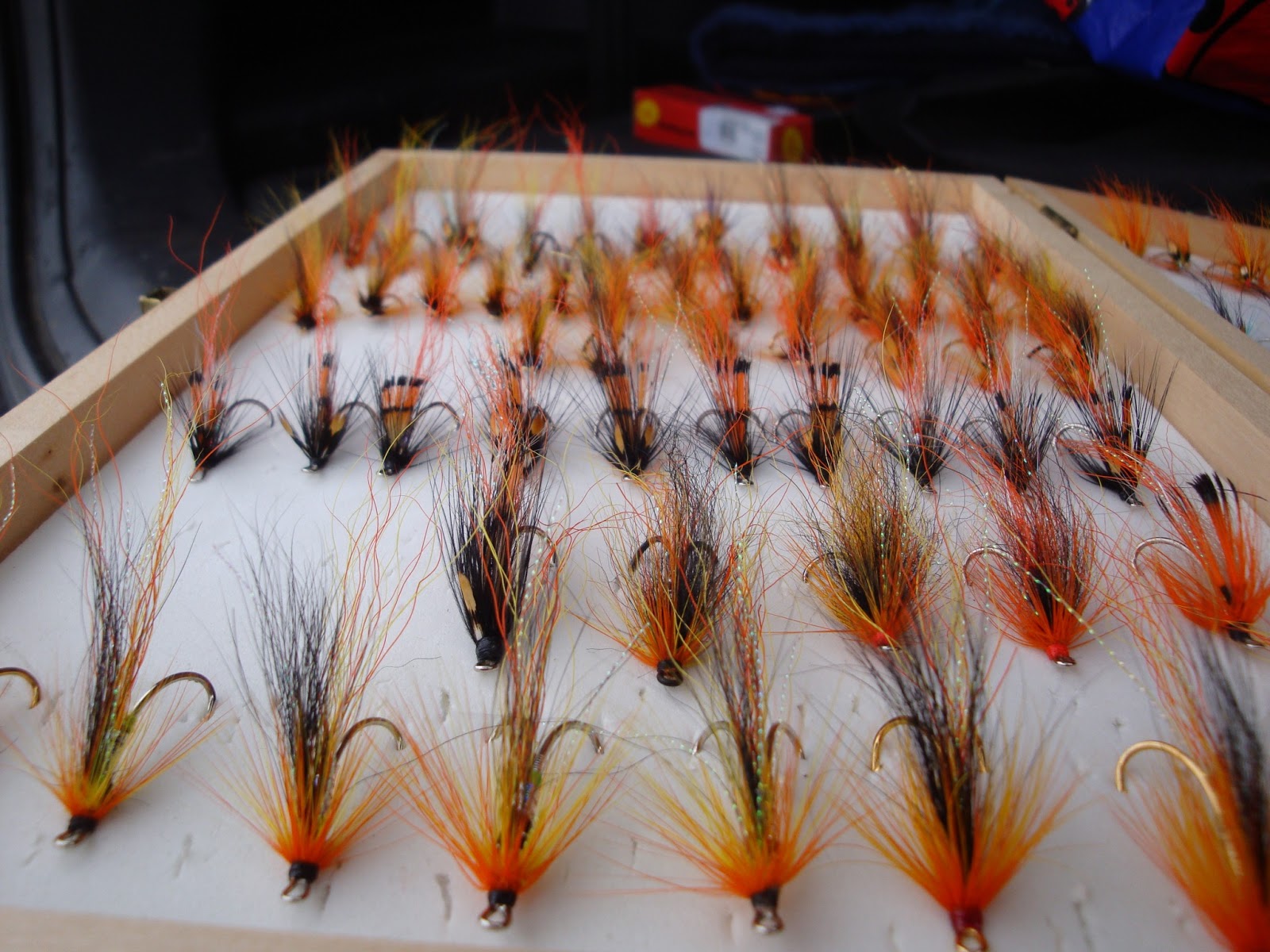 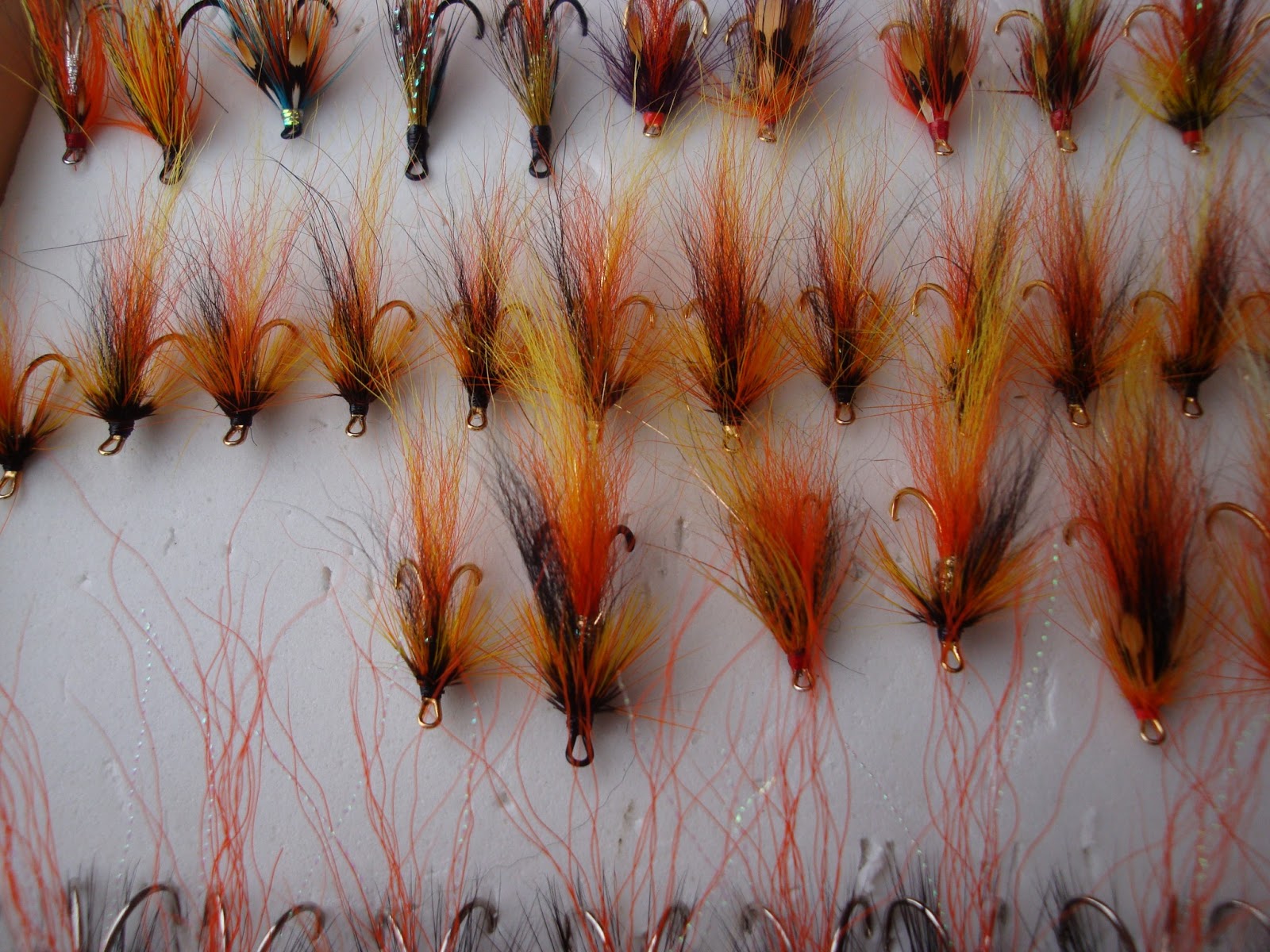 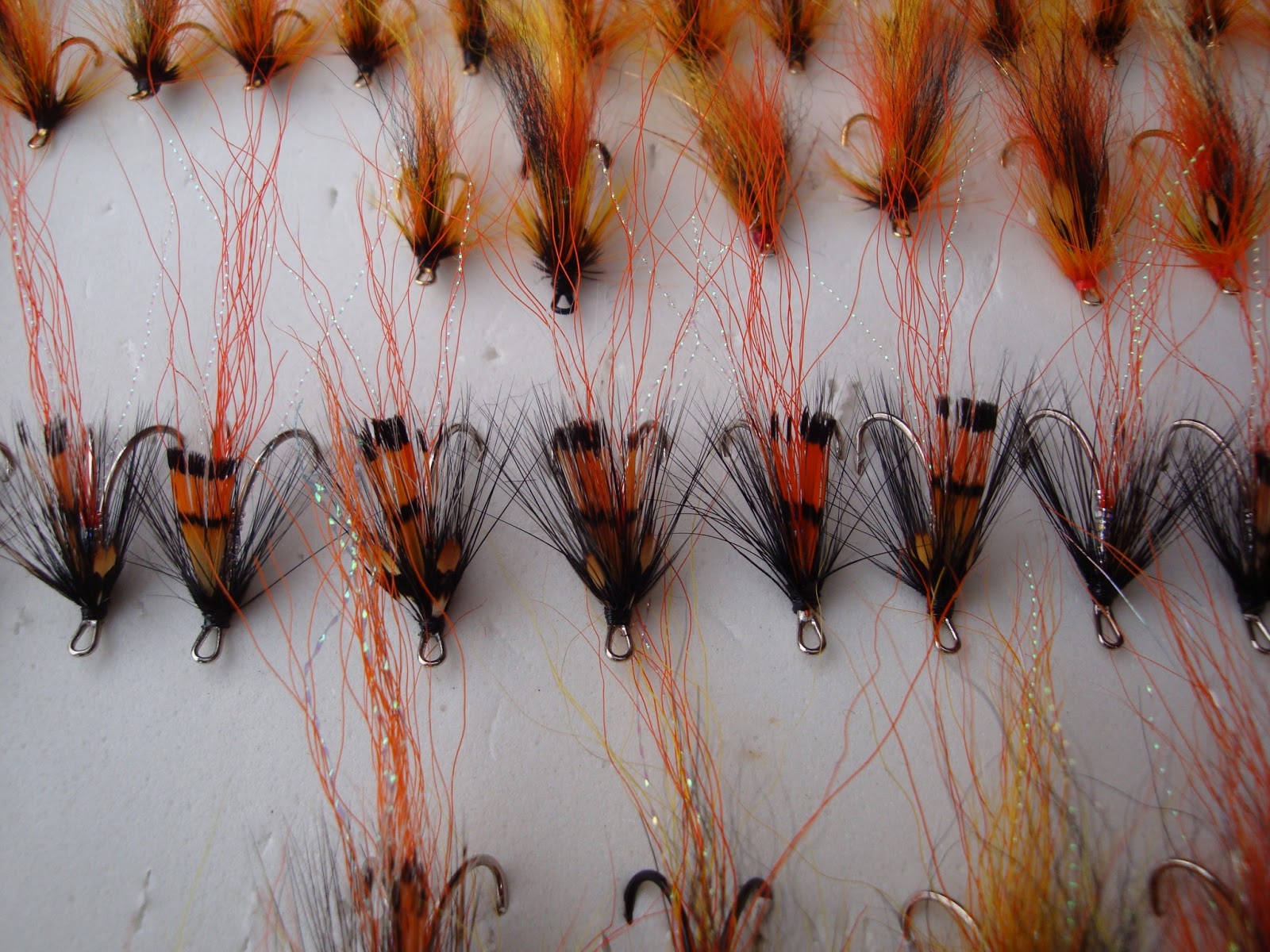 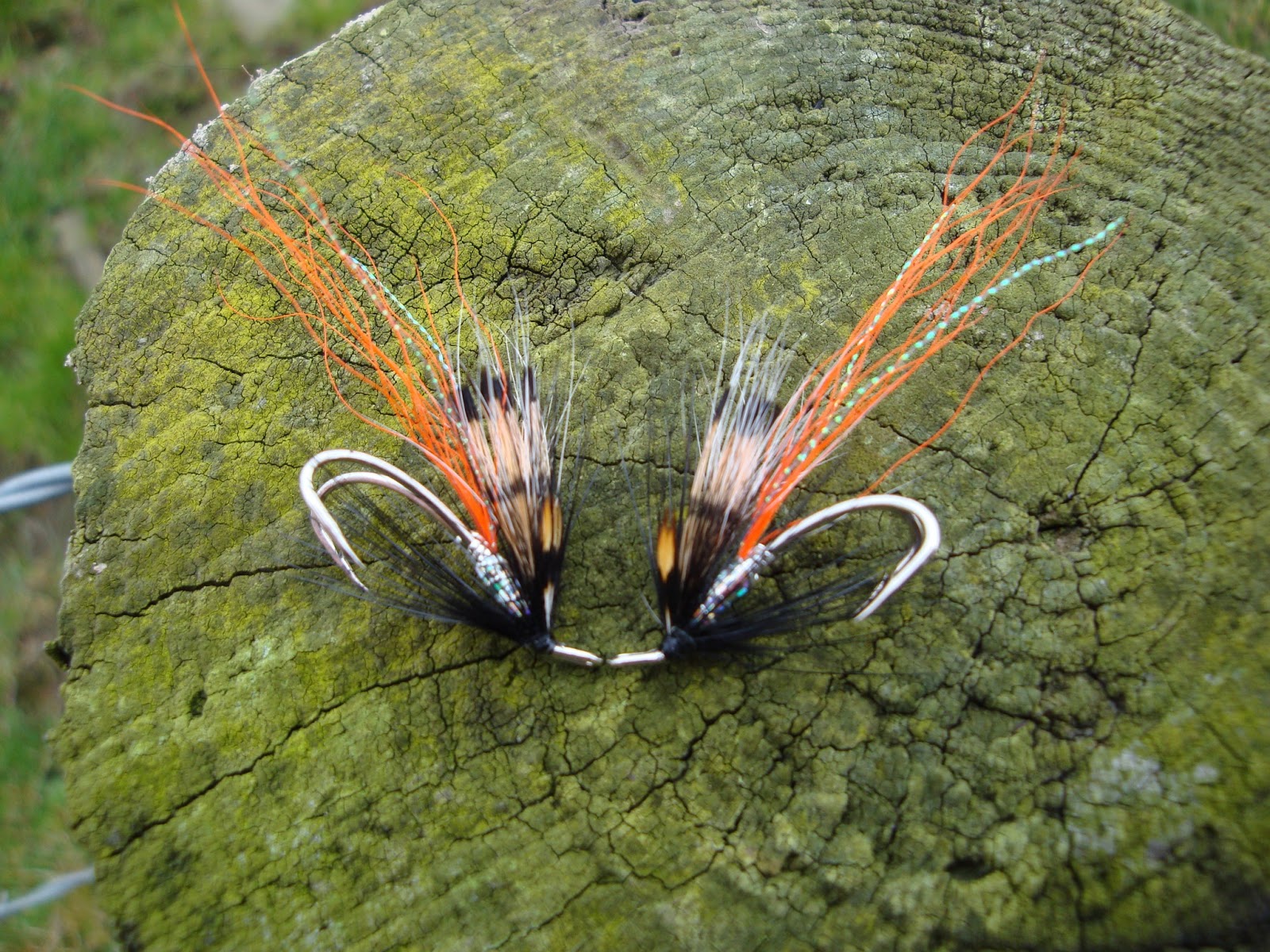 A pair of Tritton Shrimps. 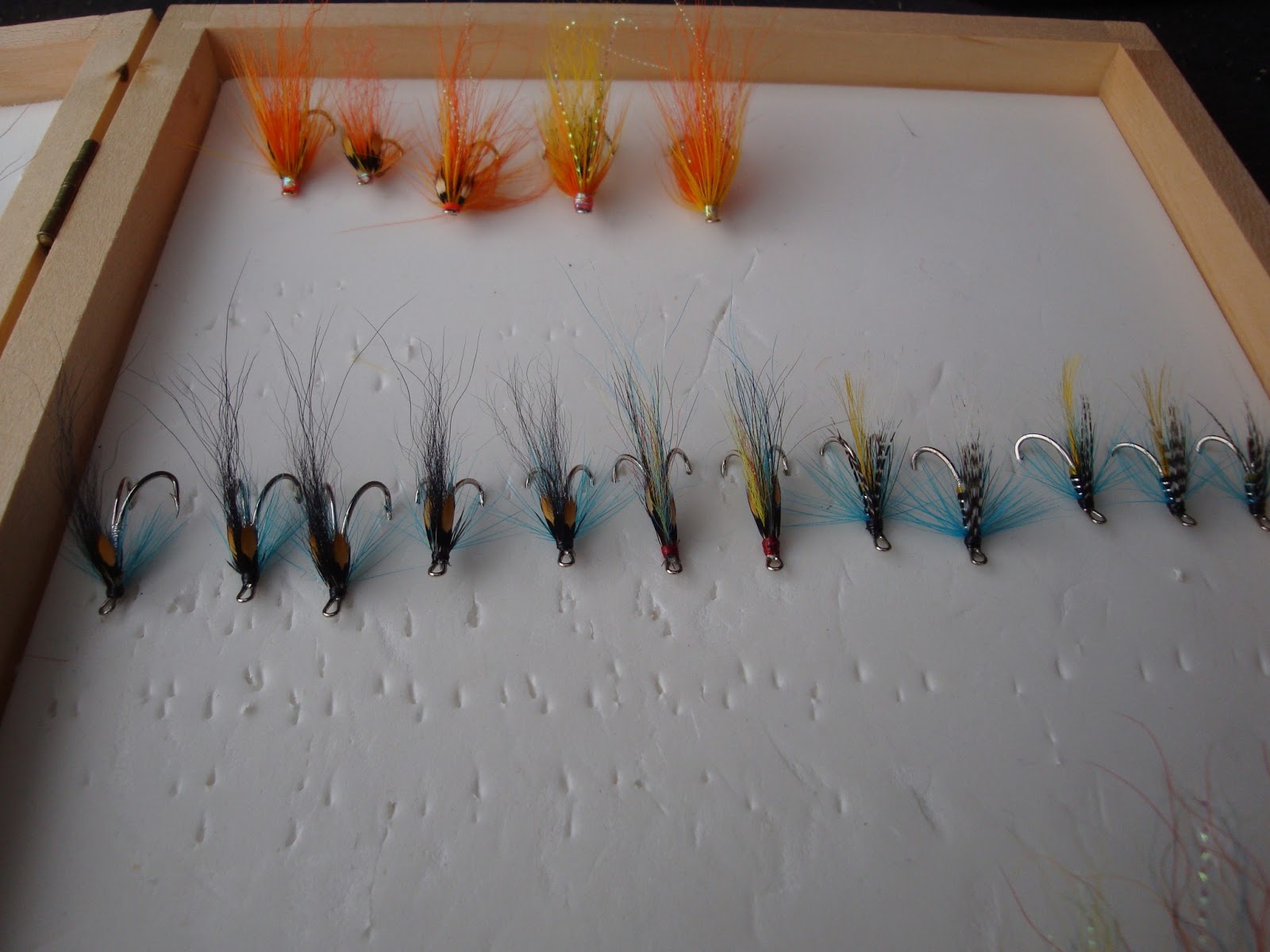