Once August arrives, most fish have already run the Finn. The Upper Finn around Letterbrick can provide great sport with resident fish on every spate. Small flies are most effective on the upper river. The Upper Finn looks quite similar to the Upper Dee in Scotland, only on a smaller scale. The water on the Finn is very dark and peaty, whereas the Dee is often gin clear. Oranges and yellows work well on the Finn but at the backend, I find dark flies with claret very effective. A red Frances is also a lethal fly when it's twitched though the pool fairly aggressively. 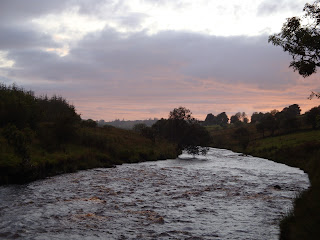 Evening on the Upper Finn

In August 2012, most of the grilse in the upper Finn were already well coloured but good sport was to be had nonetheless. On one notable occasion a trout sized Fiery Brown Dabbler did the damage, providing memorable sport on my 9' #6 Demon. My 5wt Orvis Access Switch rod saw plenty of action too. This was a rod I got this year for grilse fishing on the Finn and other Donegal rivers. Although rated for a #5, this is a spey line rating and is the equivalent of a #7 single hander. The rod is a joy to use when coupled with a 300grain Airflo Scandi Compact. 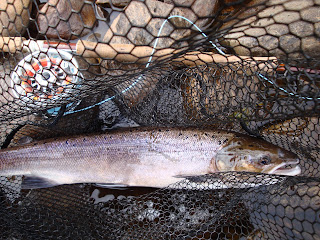 A Finn grilse taken on the 5wt Orvis Access Switch. 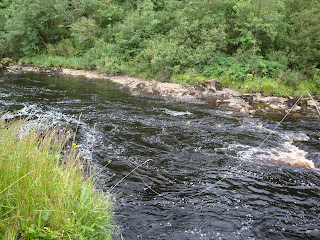 A nice pool on the Upper Finn. 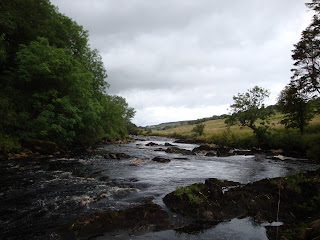 The Dee and Glyde started to fish in August and I managed my first off both rivers. Plenty of rain meant we got water towards the end of the month. the Dee is an excellent Sea Trout river but the high water meant they were well spread out from July onwards. My favourite small Park Shrimp conehead did the business on both the Dee and Glyde as well as the ever effective Red Frances. In fact I lost a good double figure fish on the Glyde. 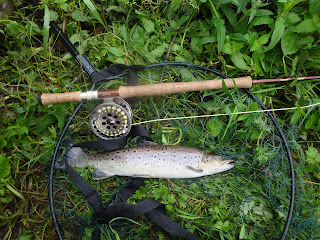 A nice sea trout caught while after Salmon. 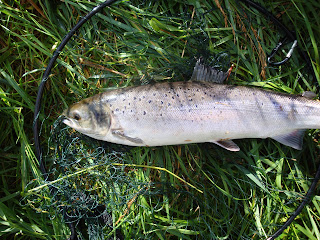 My first Dee fish taken on a Red Frances twitched through a really slow stretch of river.
The Dee and Glyde are really clear rivers and a lot of the time you see the fish when it takes. 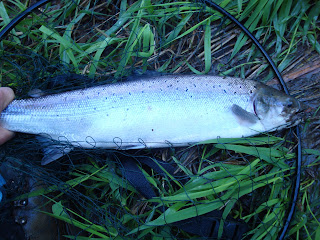 A fresh Glyde salmon from Castlebellingham. Another victim to the Park Shrimp conehead.
Glyde fish are lovely deep 'barrels' of fish. 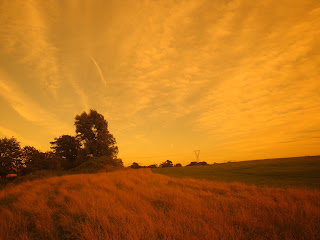