There was plenty of rain in during the month of June 2012. Repeated spates in in the North West, resulted in the grilse run hitting the Finn earlier than usual. Great sport was had and it is good to report that there were plenty of good sized fish in the 6-7lb range caught. 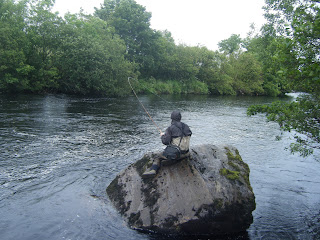 I nailed this fish at long range. 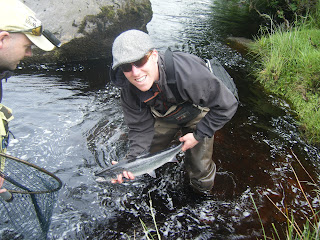 About to go back. 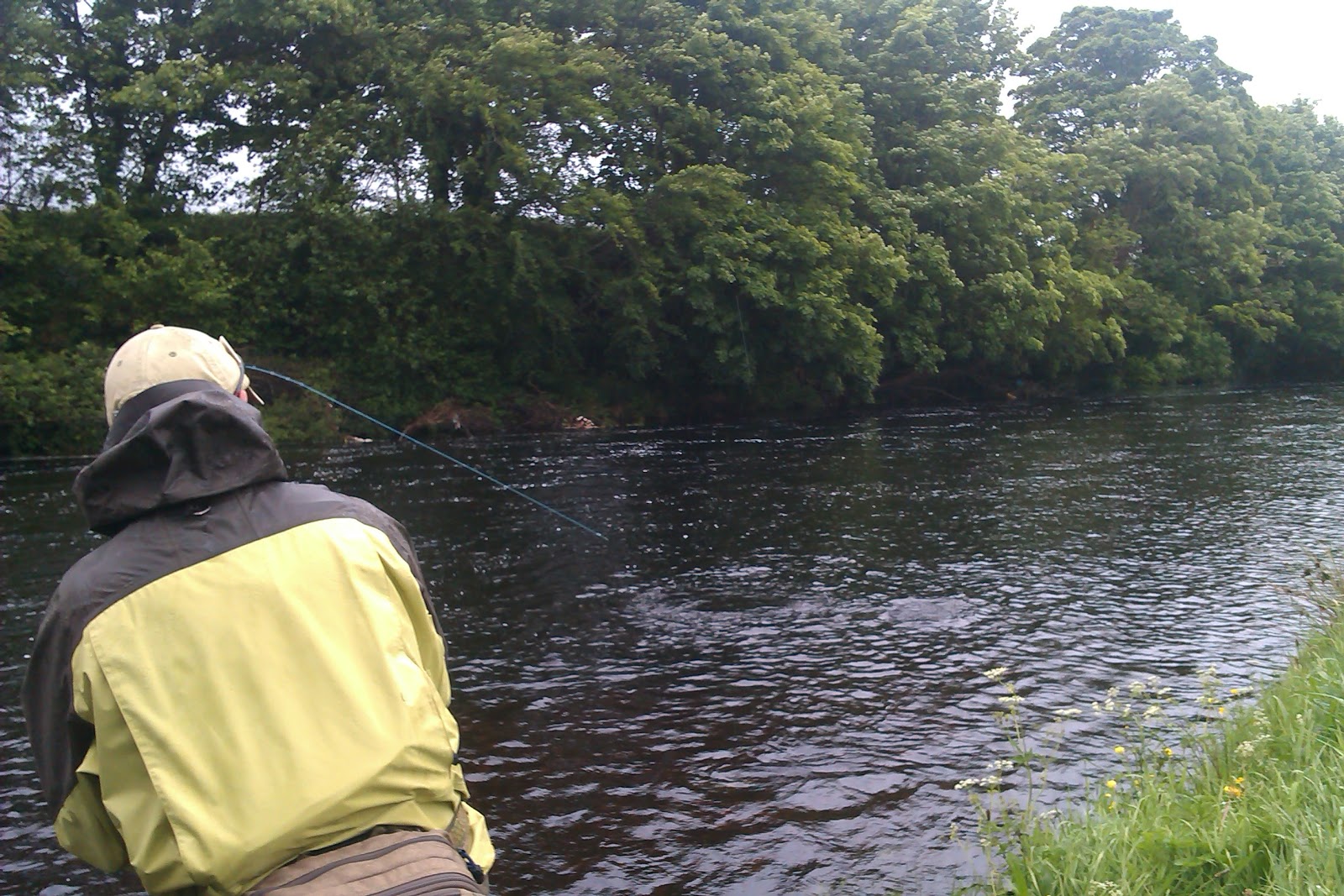 Petsie into a good sized fish at Keys 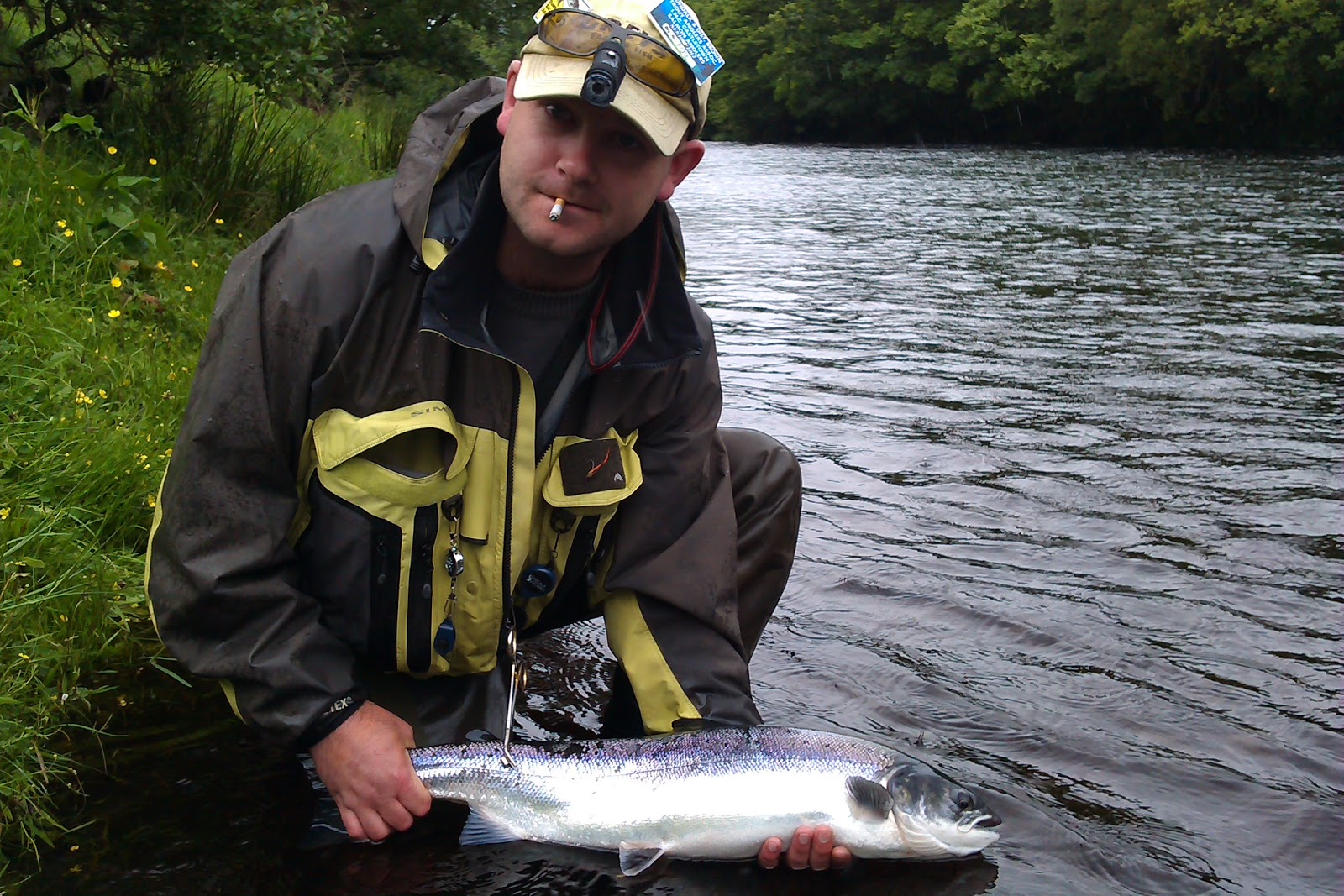 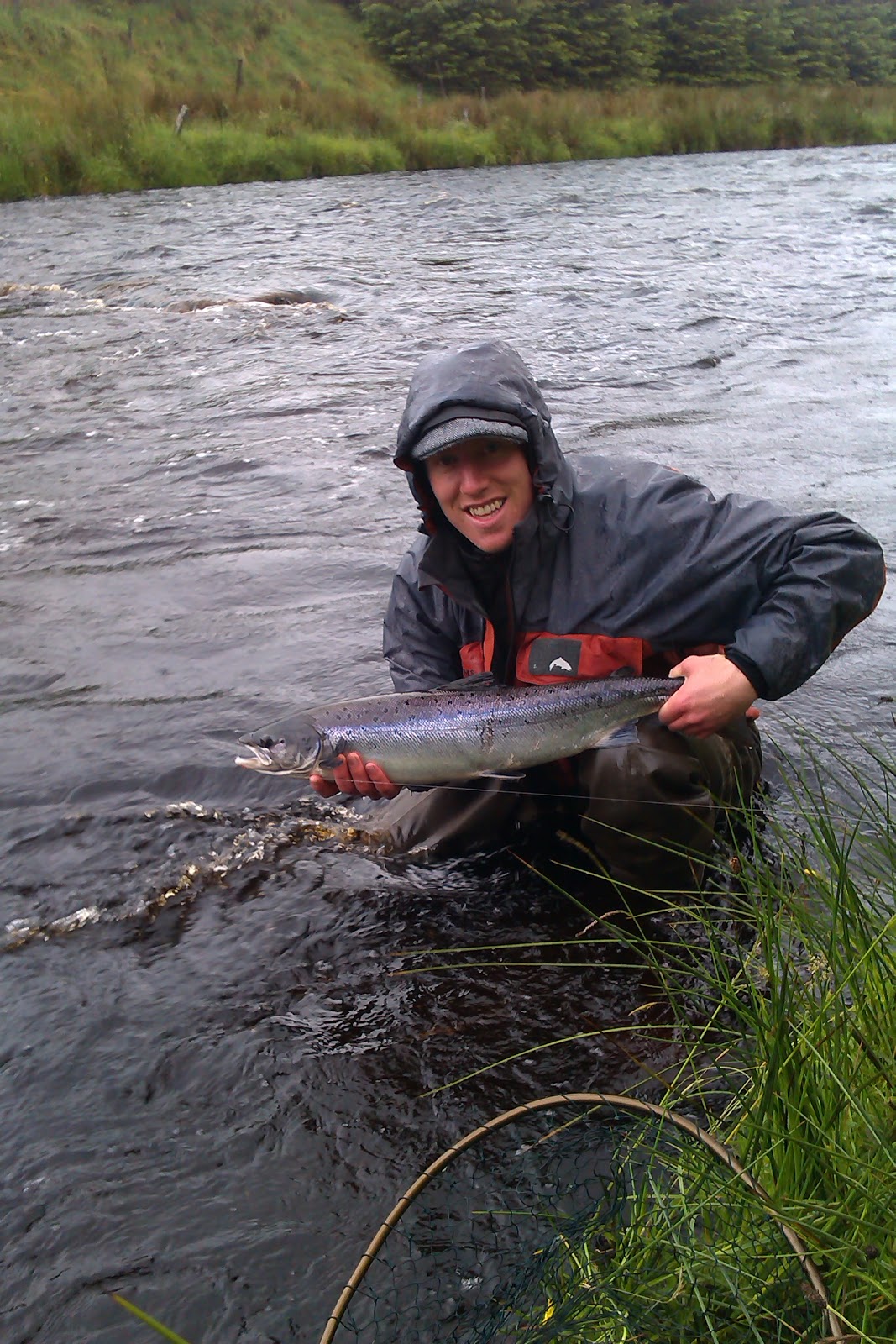 Another good sized grilse.
This time from just below the Cummirk on the Upper Finn.
30th June. 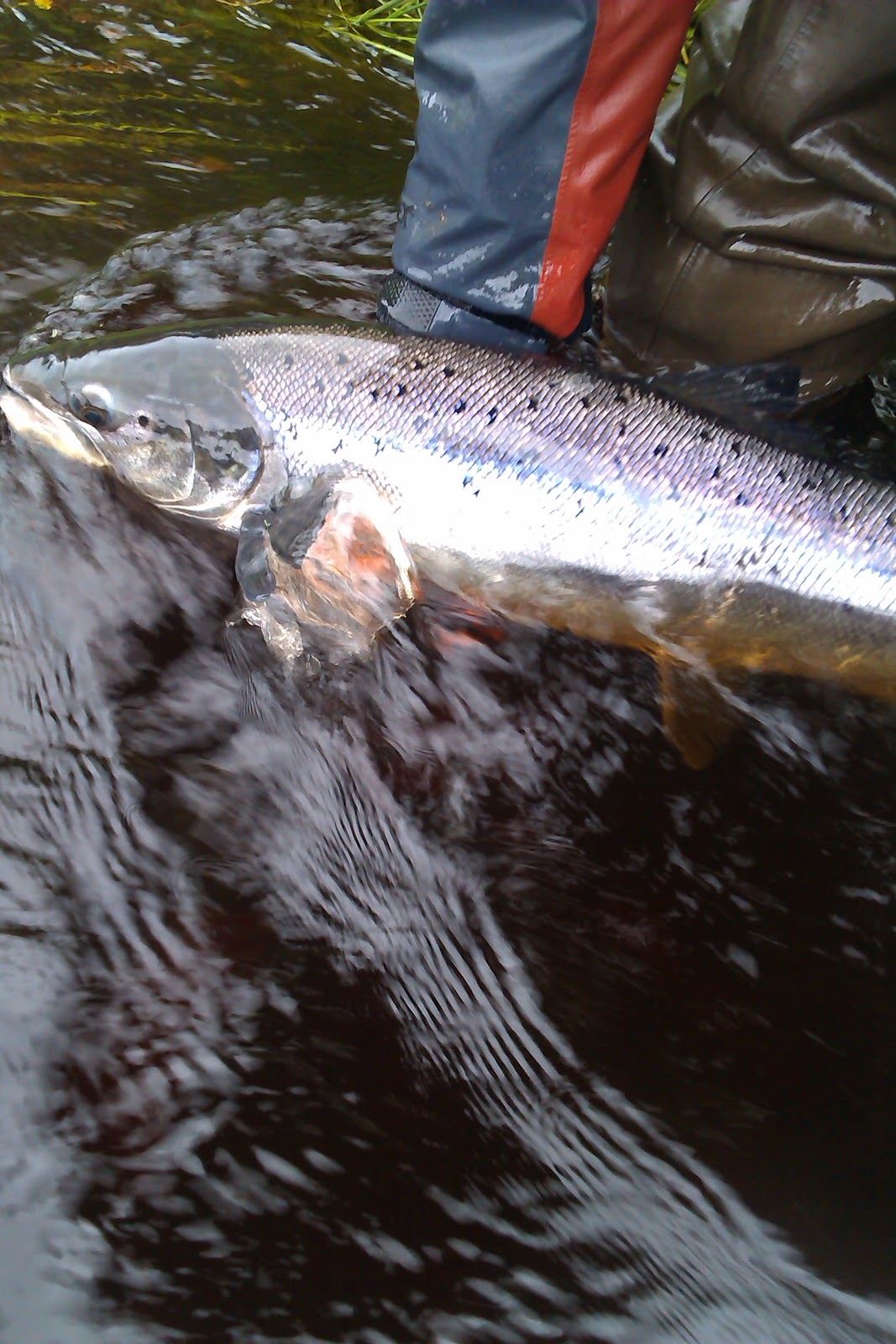 The Upper Finn grilse goes back. By the time I landed the fish, the river had become unfishable. The Finn runs off Na Cruacha Gorma and can be volatile. Once it rains, the river rises rapidly. Later in the season you can go up into the mountains and be able to find fishable water and if you are staying locally you'll get to fish sooner or later. If you have to travel for a couple of hours you just take your chance.
When I first started fishing the Finn, I found it incredibly frustrating. Often conditions would be perfect but the river would be seemingly devoid of fish. I soon realised a few things. Firstly, given repeated spates, fish will move through in pods so if you're lucky to be at a pool when fish come through, you'll get them! Hardly rocket science, right? However, it can be frustrating if you are fishing in good conditions, and fish don't seem to be there. On my early visits, I spent my time driving here, there and everywhere trying to find fish. Luckily, I discovered a few spots where, given water of a certain height, fish can often be caught. This is especially true on the Reelan. The Reelan is a tributary of the Finn that flows off the wild slopes of the Bluestacks. study an OS map of the area and you will notice there are numerous small rivers that flow into the Reelan. The Reelan is not lough fed and the water runs off it very quickly. One of my favourite ways of fishing the upper reaches is to drive away up into the mountains and fish my way back down the river covering a lot of water. Armed with a light line rod and small shrimp flies and of course a wee Red Frances, this is a very enjoyable way to fish. It's certainly not the textbook type salmon fishing with double handers and manicured riversides but in my opinion, it's wild fishing at its best. Donegal is full of rivers like this where you can find wild countryside and seclusion and more than a decent chance of a few fish. 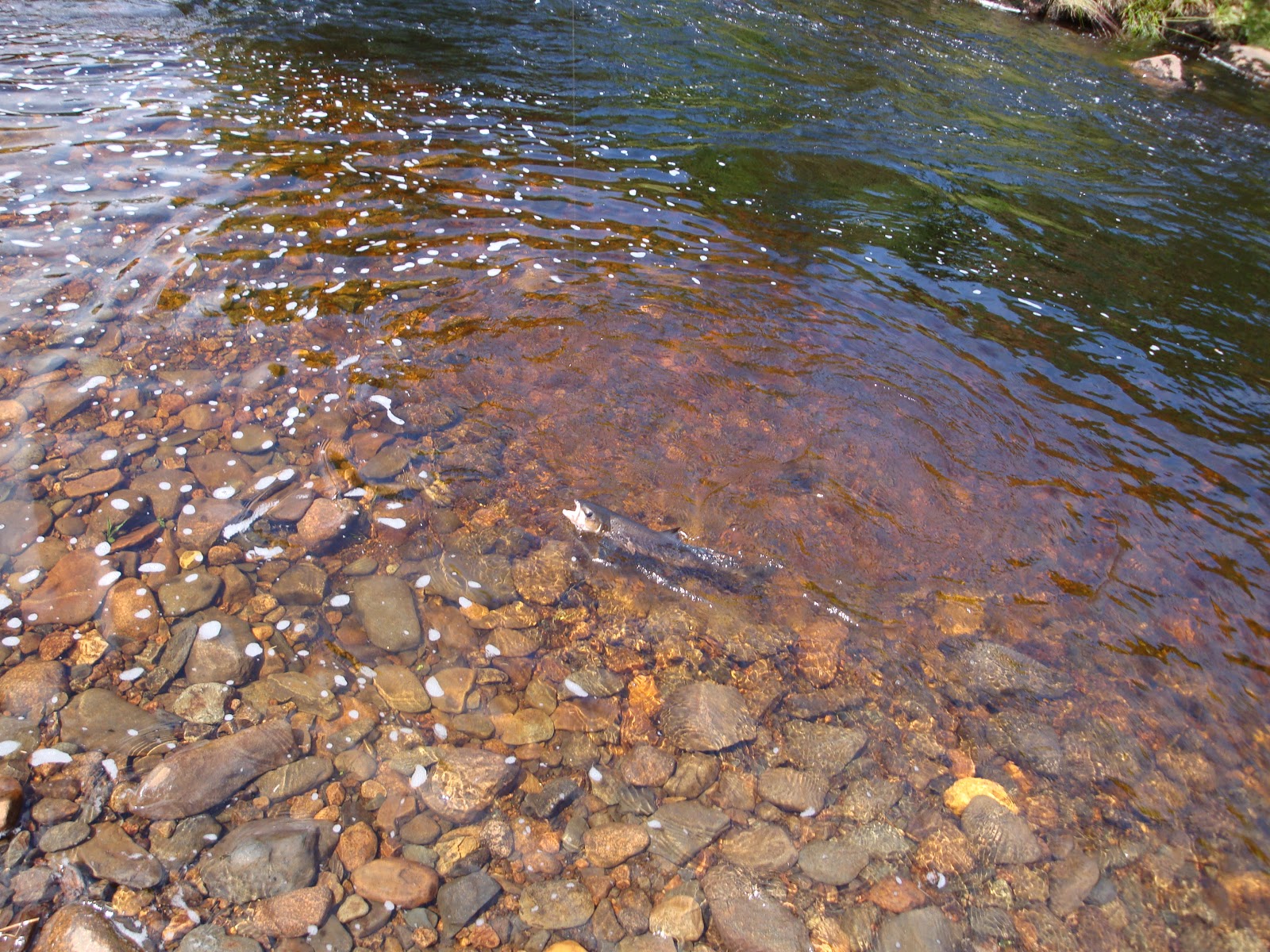 A small Reelan grilse. No need for the 15 footer here. 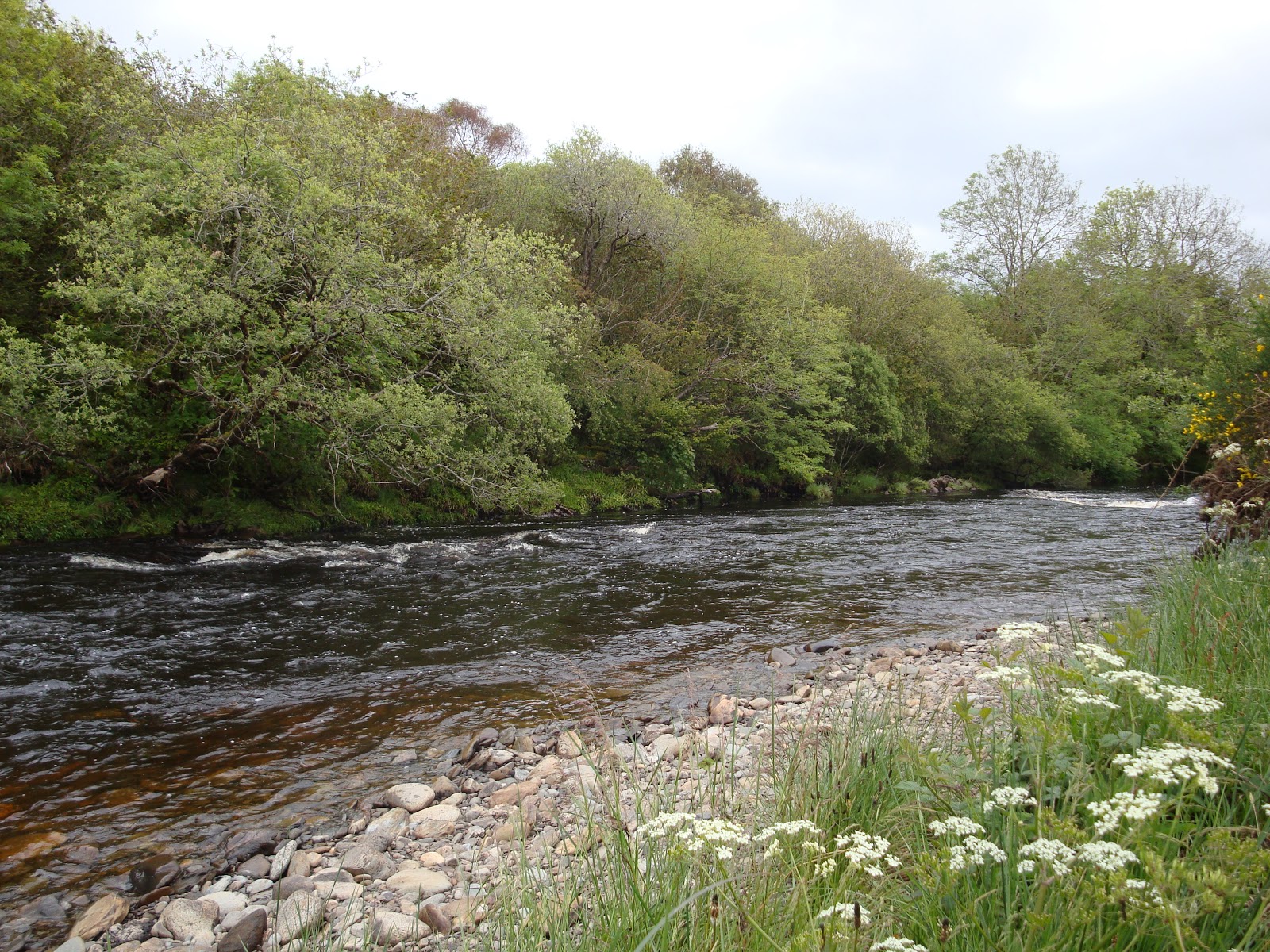 A likely looking pool on the Upper Finn. 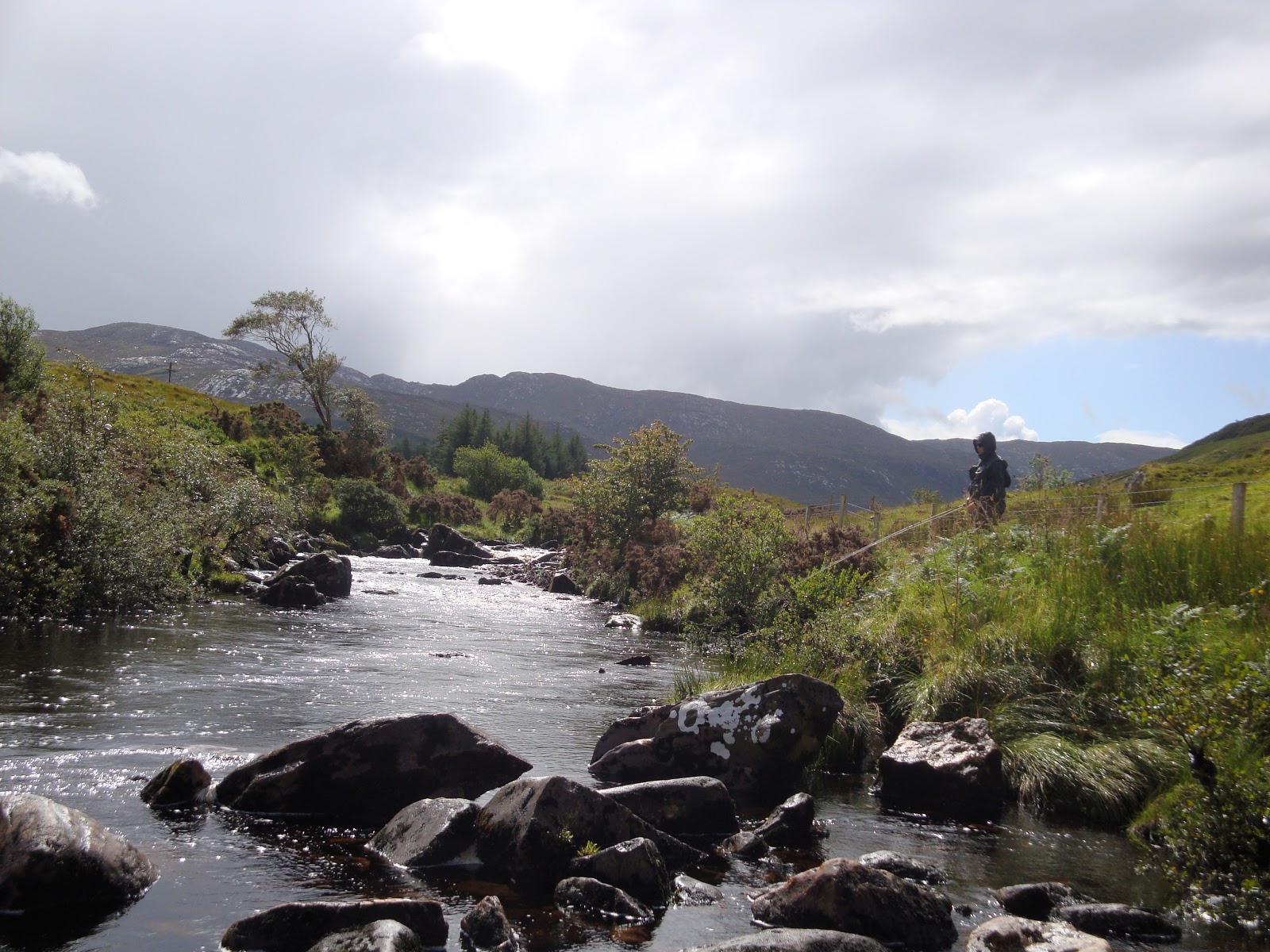 Looking for light line sport on the Reelan. 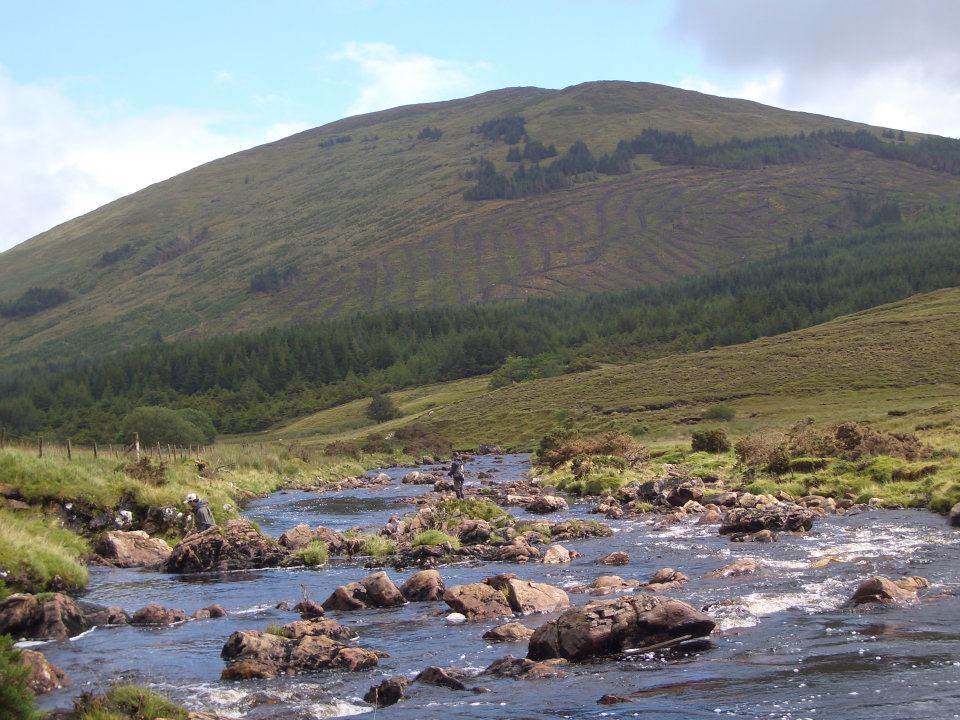 Rock hopping on the Reelan.
Plenty of drinking water is a must when you plan to cover miles of water. If you fish as a team, a couple of fishers can cover a lot of water by leap frogging each other down the river. If someone discovers a pod of fish, concentrate on the spot for a while before leaving them in peace again and continuing downstream.

Locally, we had good water on the Dee and Glyde in June. We thought this would be a good chance to get an early fish but it never happened. We saw a fish or two and I lost one below Castlebellingham on the Glyde, but no landings. Maybe next year I'll get an early local fish. 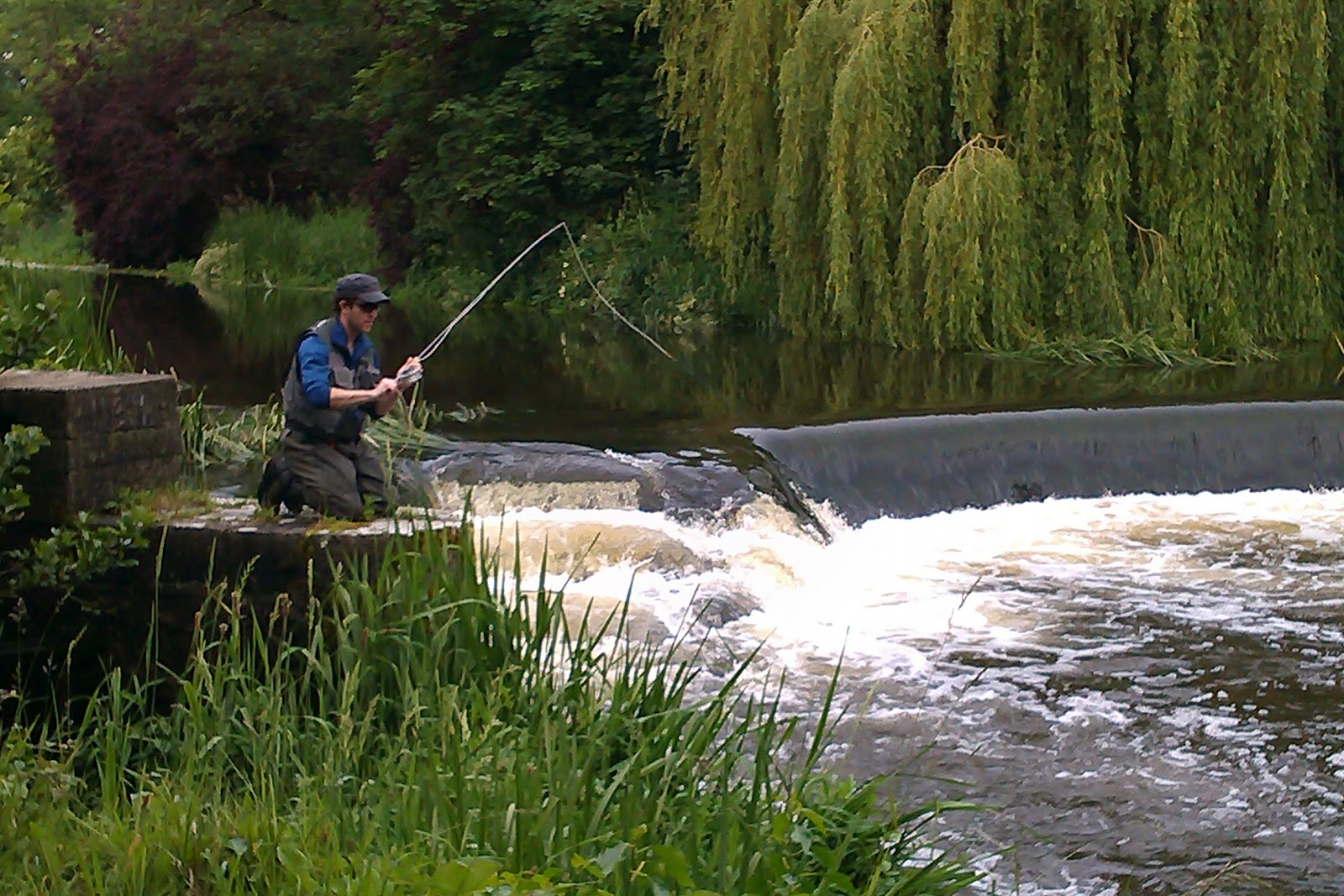 Liam has a go at the weir on the Glyde in Castlebellingham. Fish should pause here before going over and there's a nice flow here for the fly.