Right, it's about time I got this blog updated. Truth of the matter is, I've been busy fishing and thinking about fishing. The good news is, however, I have eventually managed to catch a springer. The Finn produced the goods Saturday 4th May. Water conditions were ideal, between 1'6'' and 2'. I arrived at the beat good and early and got stuck in at the graveyard. There were fish moving and the angler in front of me, Johnny, over from England, managed two fish on a 1/2 in Willie Gunn and a fast sinking tip. The water temperature was a mere 6 degrees and the air temp was only 1 degree so I figured that my lack of success was down to me using a small fly fished high in the water. I swiftly changed to a float/inty shooting head  with a super fast sink poly leader and a weighty Red Frances tube. Straight away I got a pull and soon I was into a fish which came off after 30 seconds. I lost another fish five minutes late so I decided to change from the salar tube single I was using to a Kamasan Specimen single. I got another few pulls and was soon into a third fish which seemed to be well hooked. A strong fight ensued but I soon landed  a lovely springer of about 10/11lb. 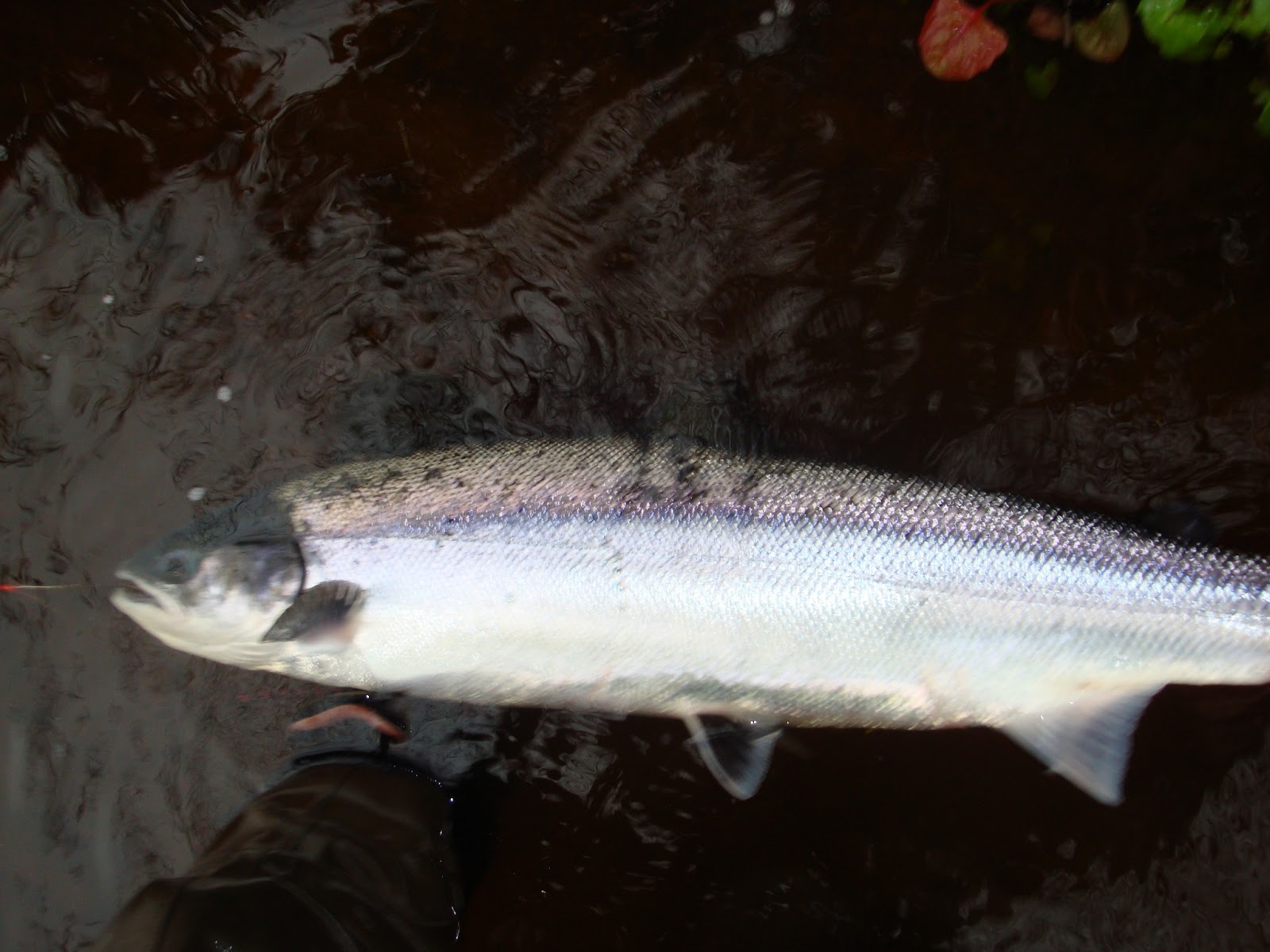 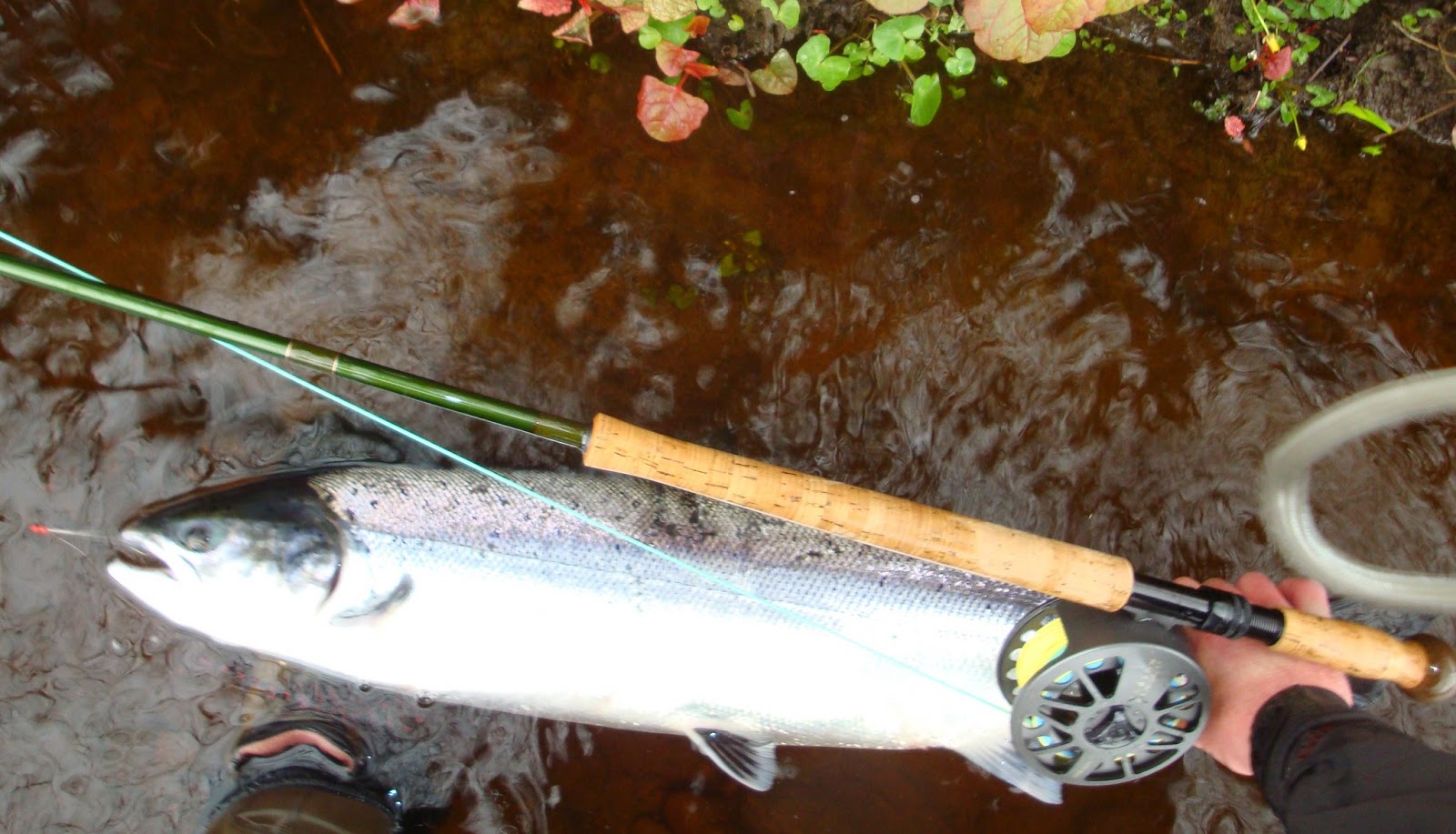 The pool when quiet after this so I headed back to the car for some grub. My waders are leaking pretty bad at the moment so a couple of hours in seriously cold water were taking their toll; fish or no fish. Petsie landed down and we shared a rod for the remaining hours of our session on the beat. Unfortunately things went very quiet and no more fish followed. 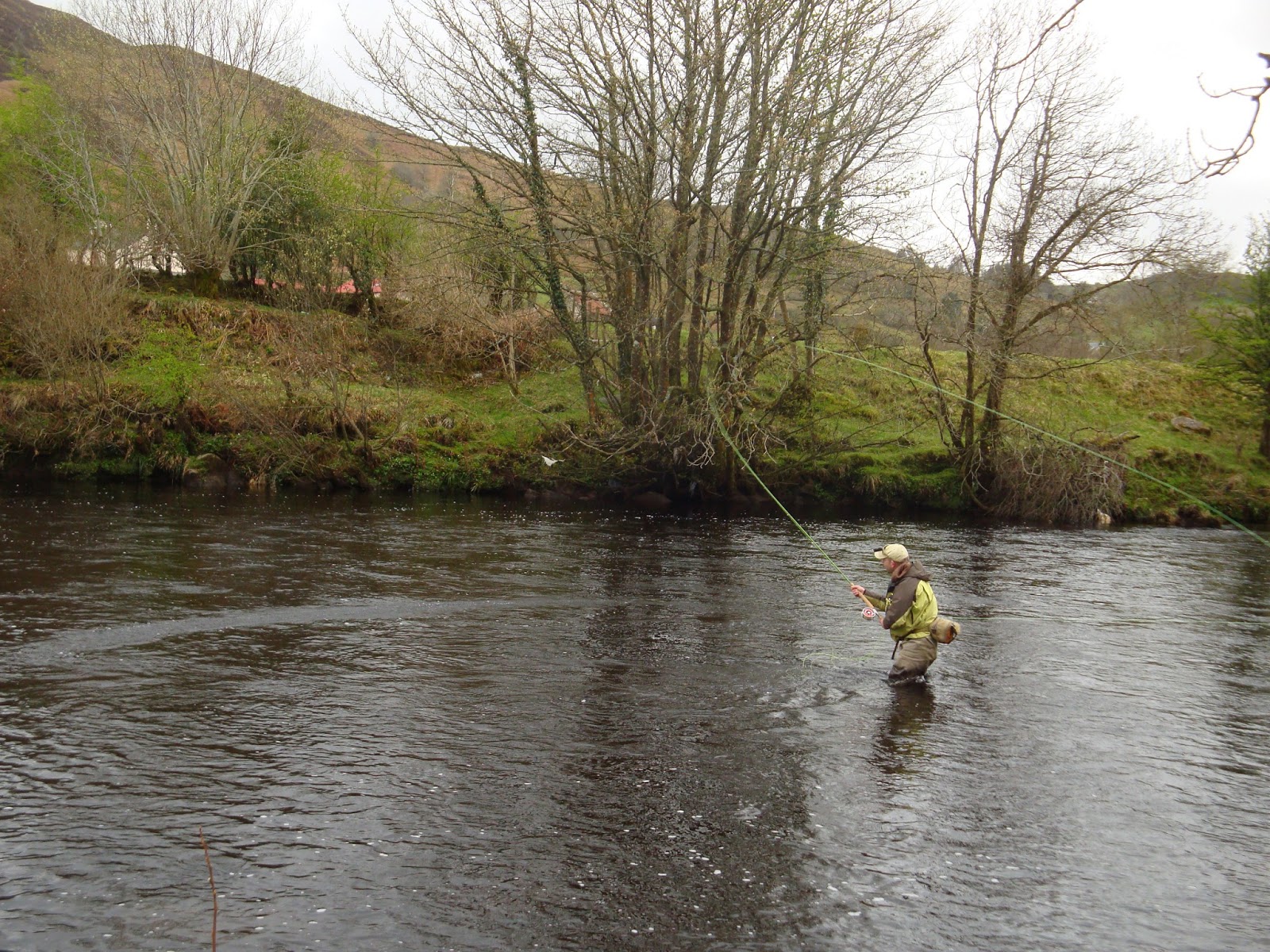 Petsie puts out a nice line with his new Deathstar. Conditions were very tricky on the Graveyard Pool with a nasty downstream wind. He matched the Sage TCX 12'6'' with a 540grain Airflo Rage head and covered the water with ease.

I met up with Liam in the afternoon and we fished from Mc Ginty's right down to Glenmore bridge without a sign of a fish. 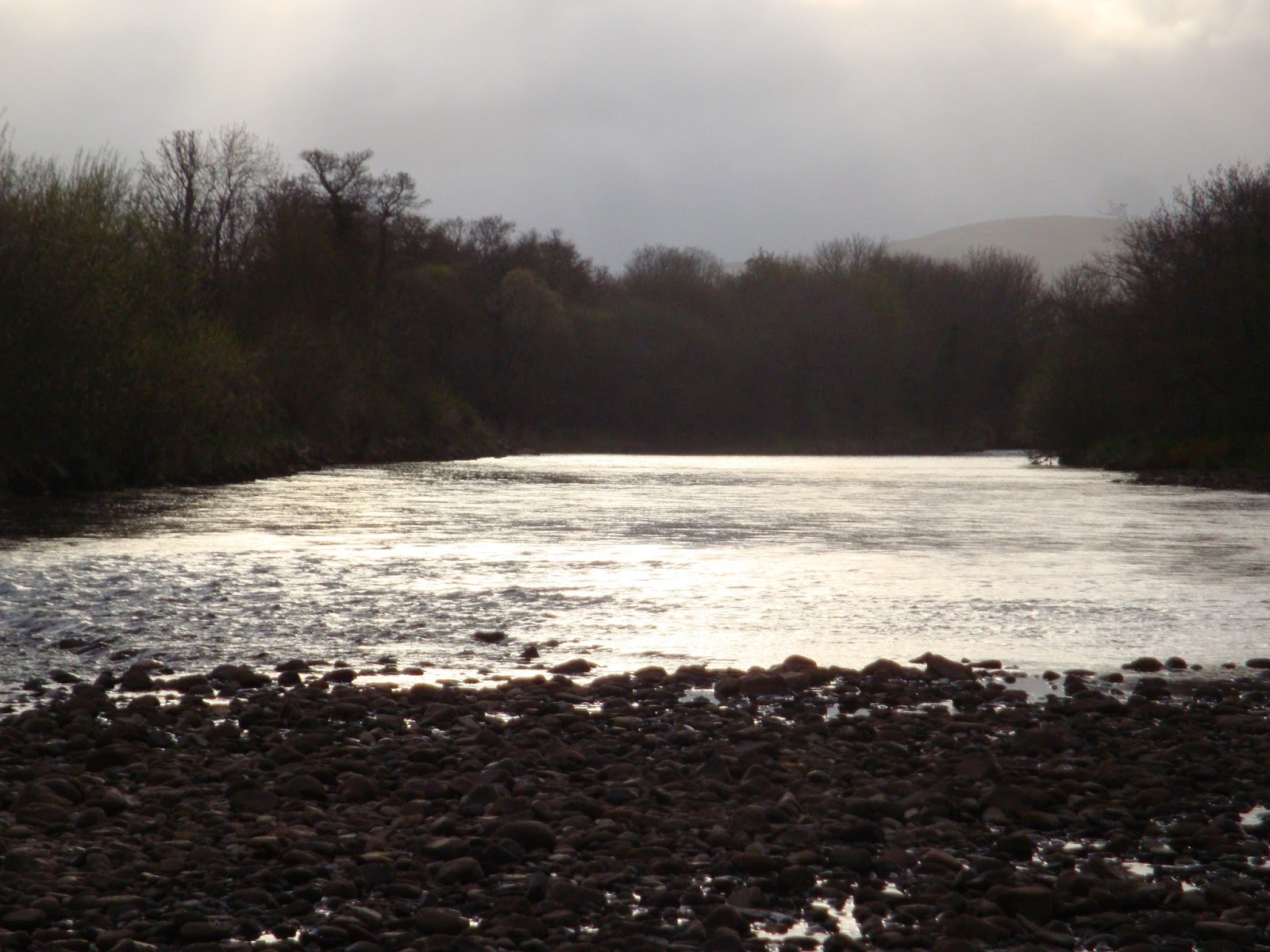 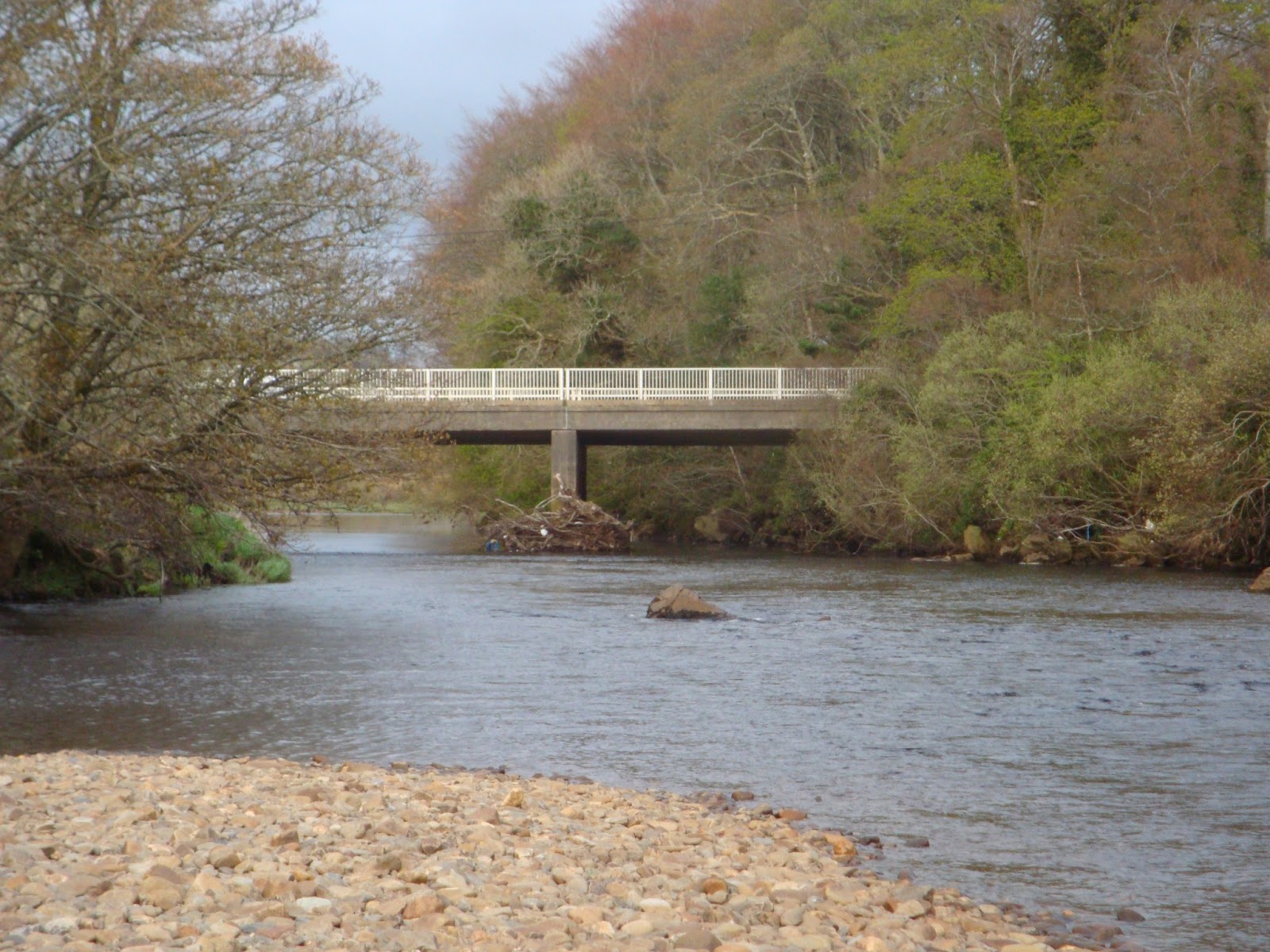 Glenmore Bridge.
We fished for a couple of hours on Sunday but I was pretty worn out after 14 hours of fishing the previous day.
I have a few more updates to follow on from this trip, so I'll post again tomorrow!