First trip of 2013 tomorrow. Heading to the Lackagh in Co. Donegal.
Probably not much chance of a Springer but, you never know!
I've been busy at the vice, tying plenty of Parkies, as well as a few Broc tubes. Apparently flies with badger hair in them are a must for the Lackagh. 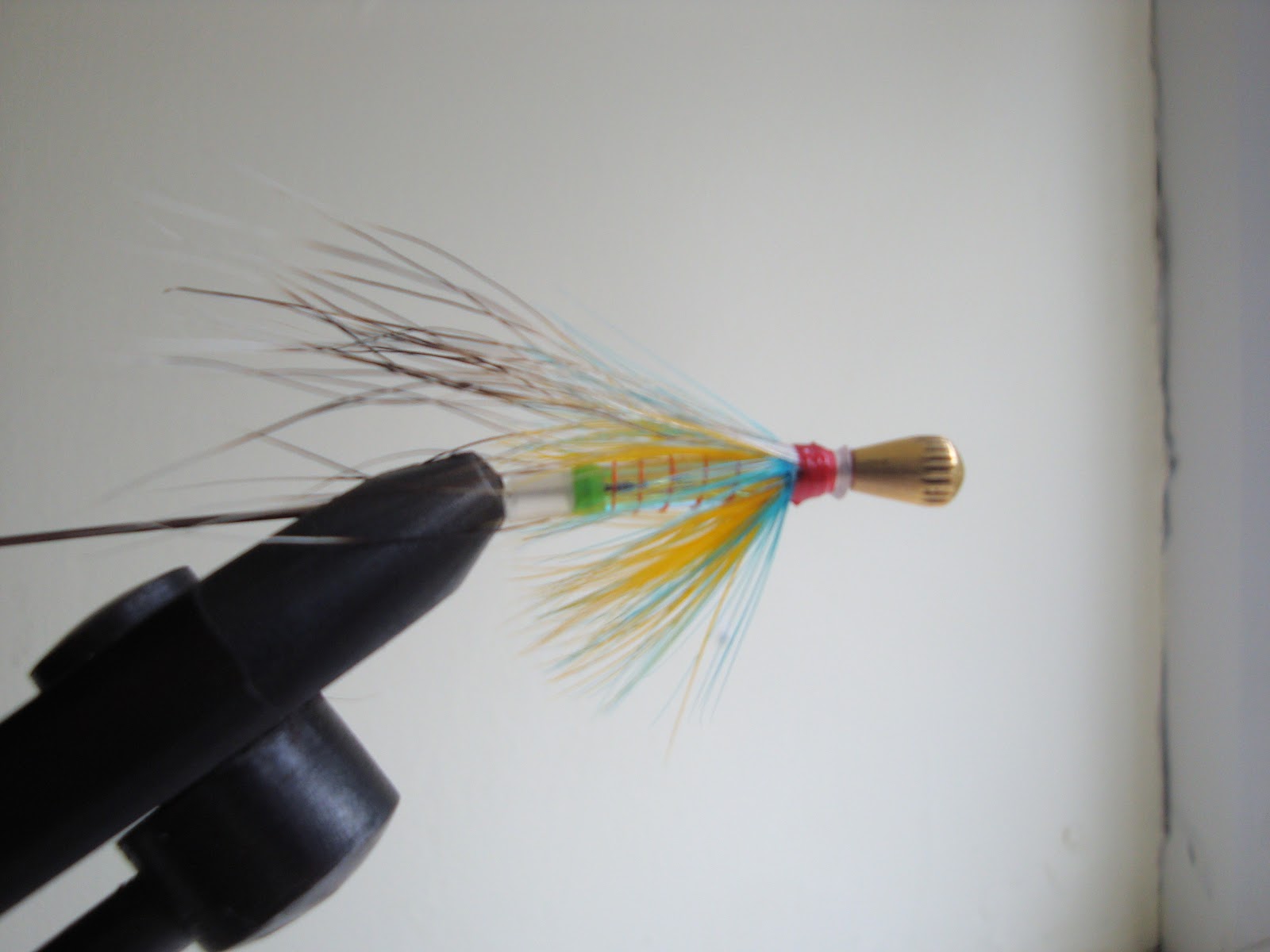 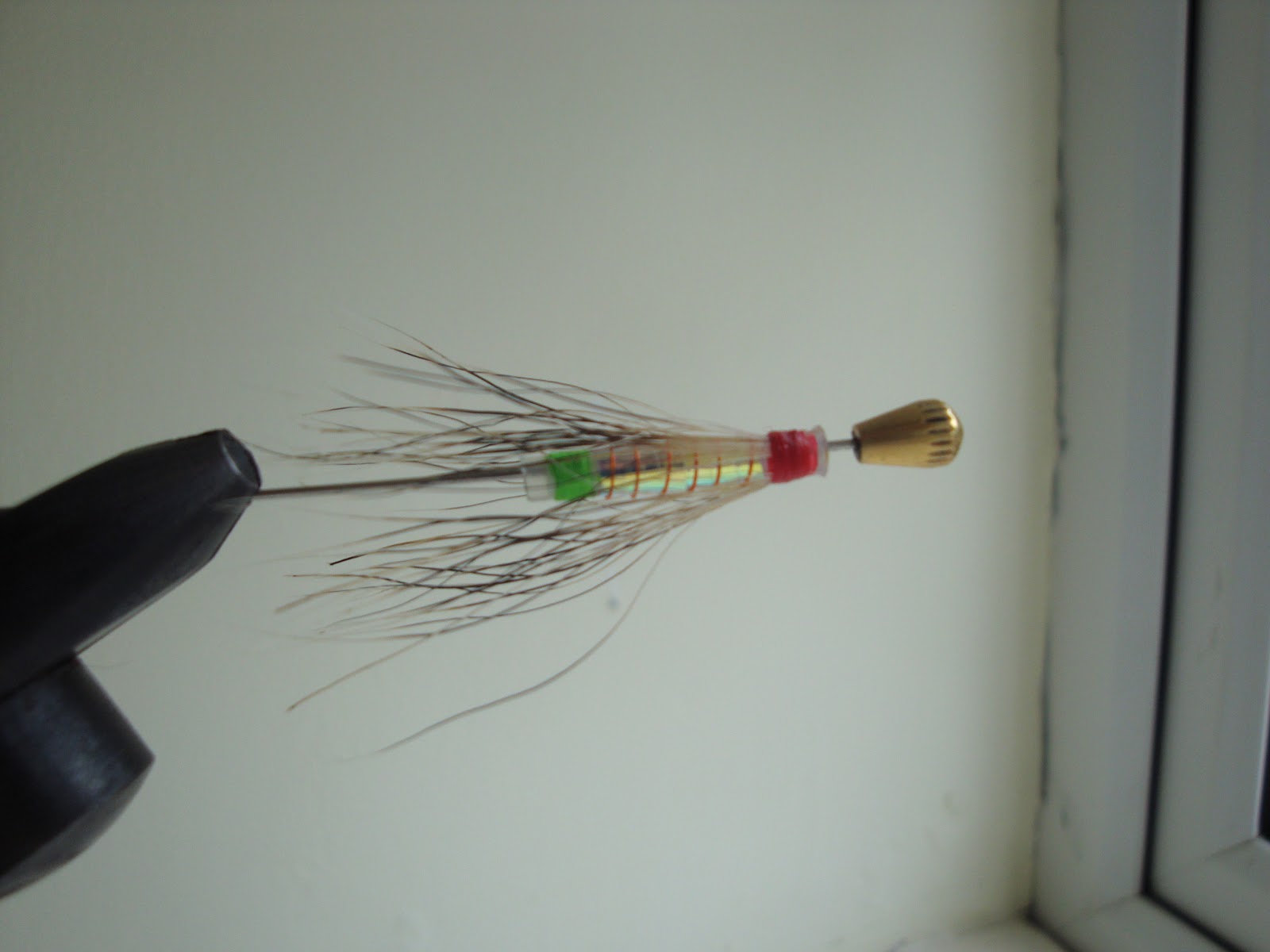 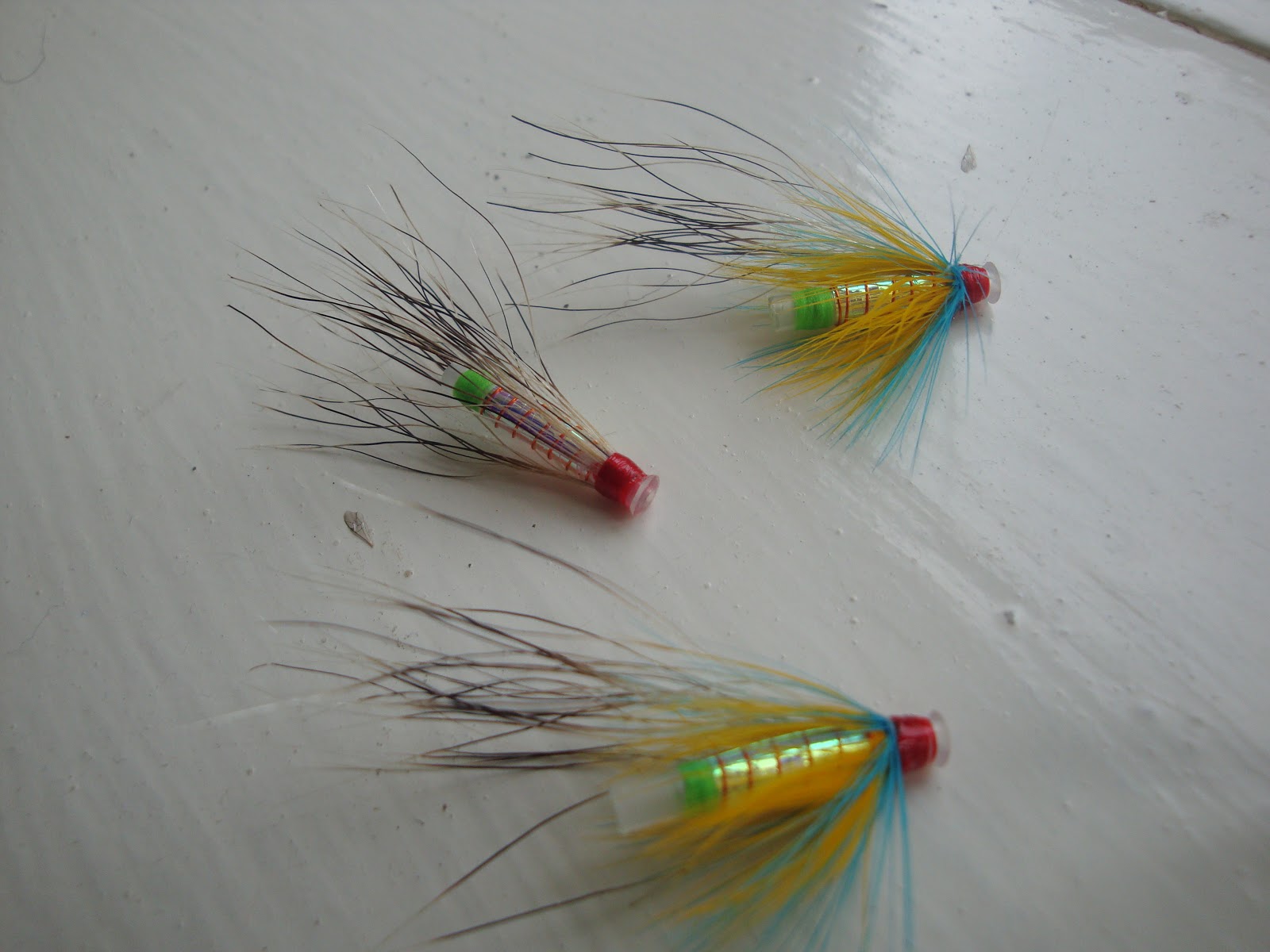 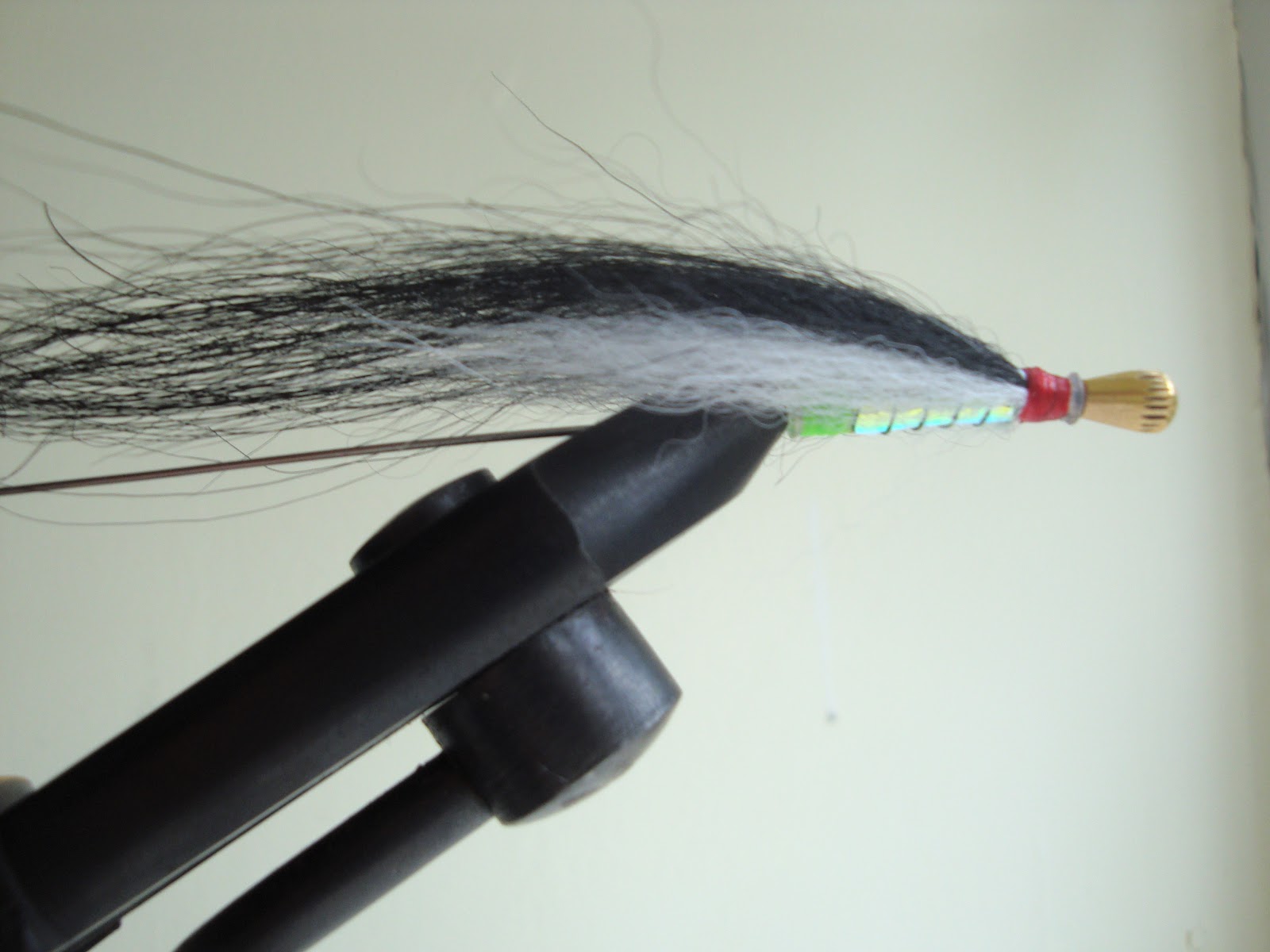 Sunray Shadow with a mirage body. 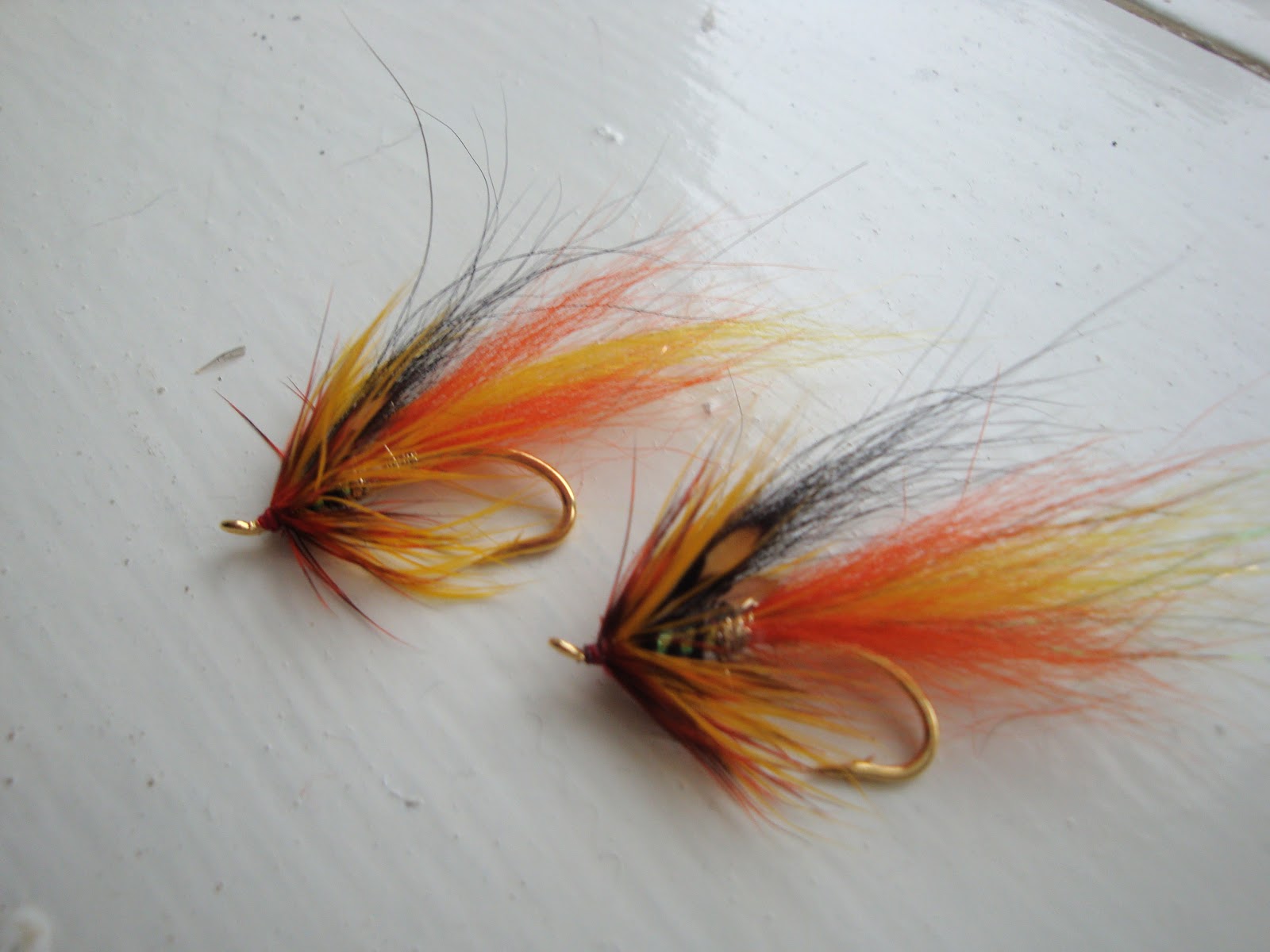 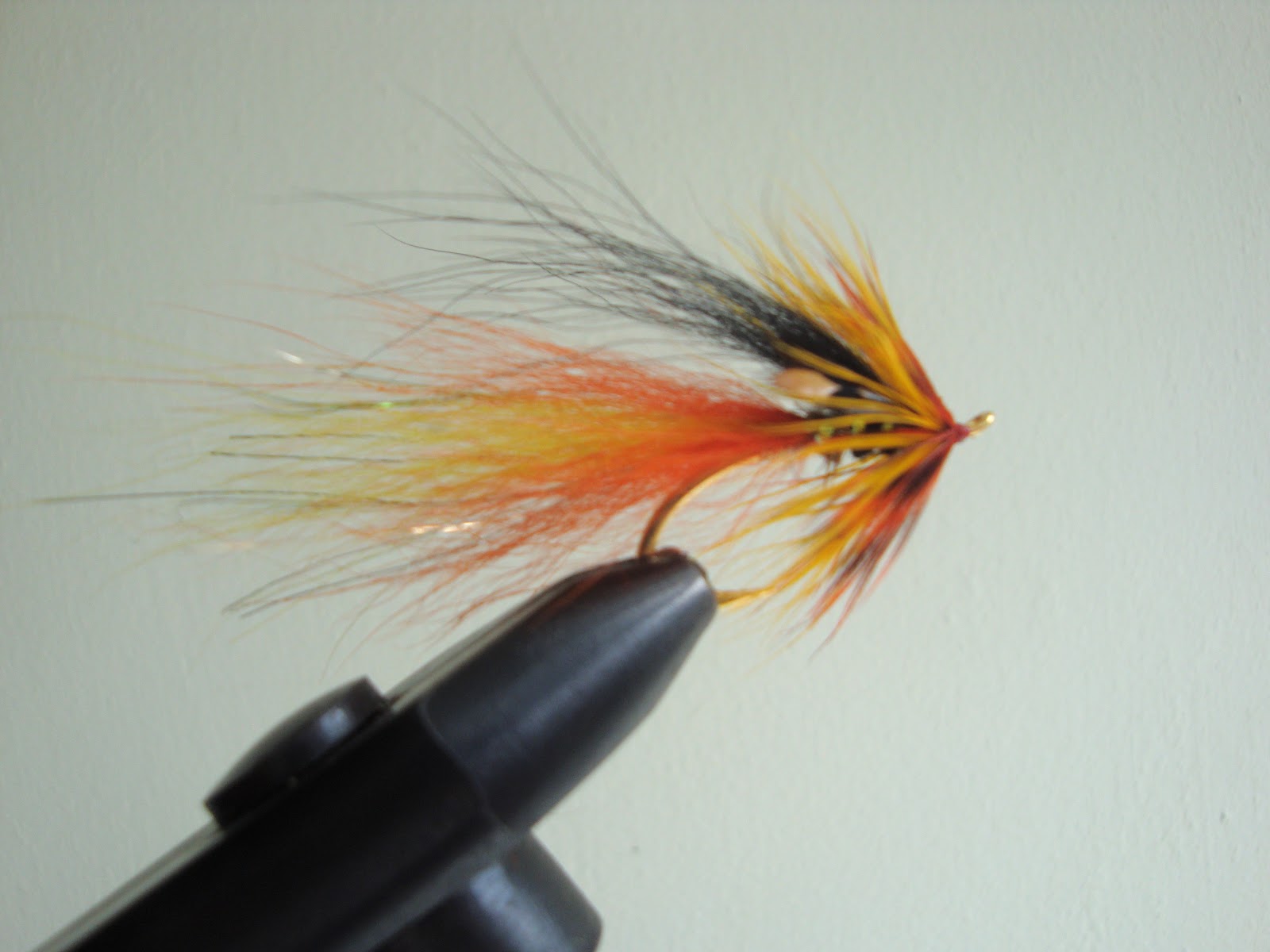 Alec Jackson #7 Single.
The Lackagh is a catch release fishery for 2013. By law, single barbless hooks must be used. Tubes are very handy on C&R fisheries, all you have to do is attach a barbless single. I'll have to squeeze the barbs on the Alec Jacksons.
Report on tomorrows outing to follow.....
Posted by Unknown at 15:42