Season 2014 Review
As far as salmon fishing seasons are concerned, last year was definitely a season to forget. This was the case for many salmon fishers throughout the North Atlantic. Norway’s season was poor as was the case for most of Scotland. In Ireland, the rivers I fish had a very poor year. 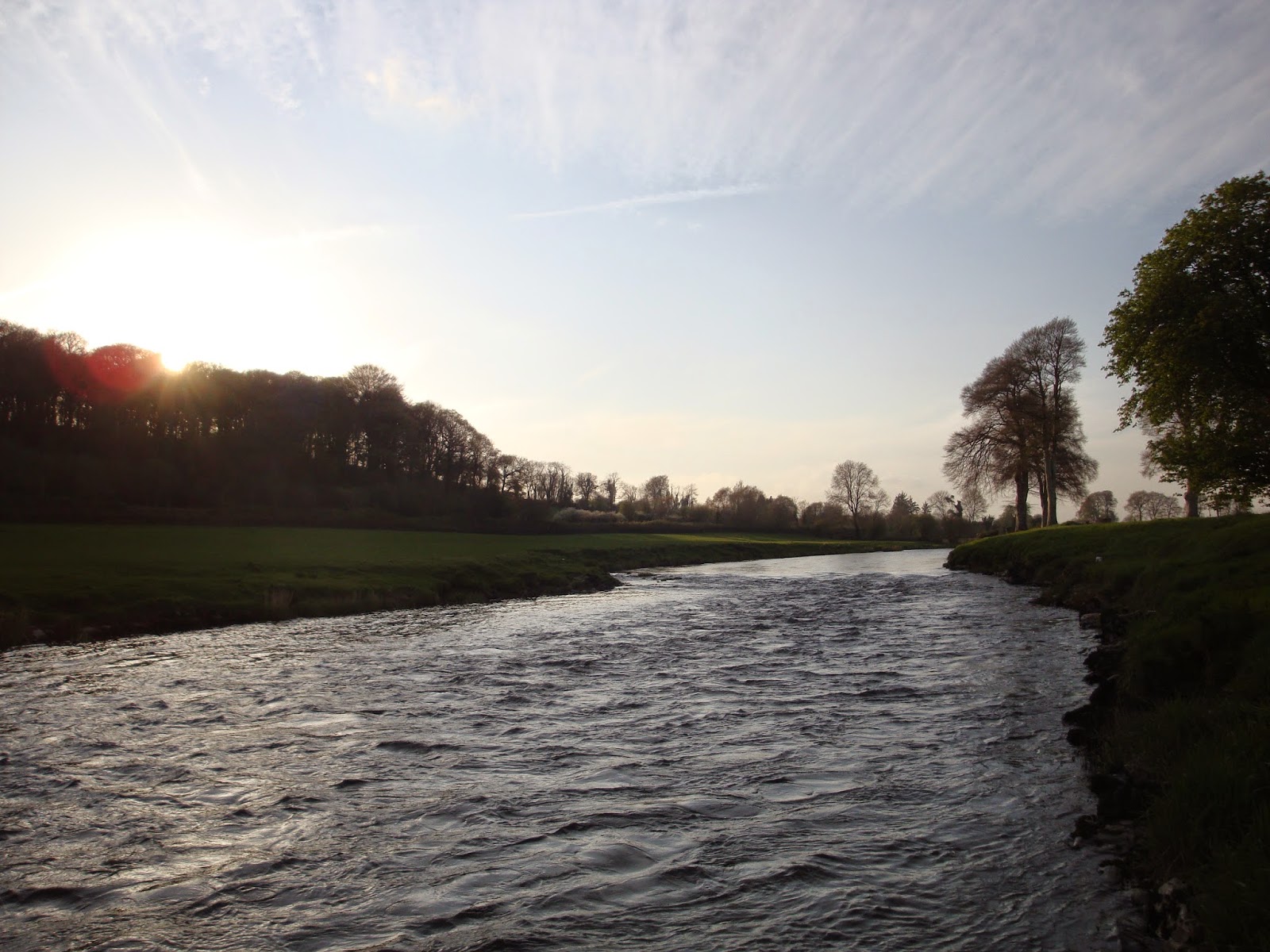 I began my season on the Dee and Glyde and fished fairly hard while we had decent water levels during March, April and May; without success. I had a memorable day on the Slaney with my mate, Simon Cassidy with resulted in a springer for myself and another couple contacted. Simon also lost two fish during the heat of battle; excellent spring salmon action. 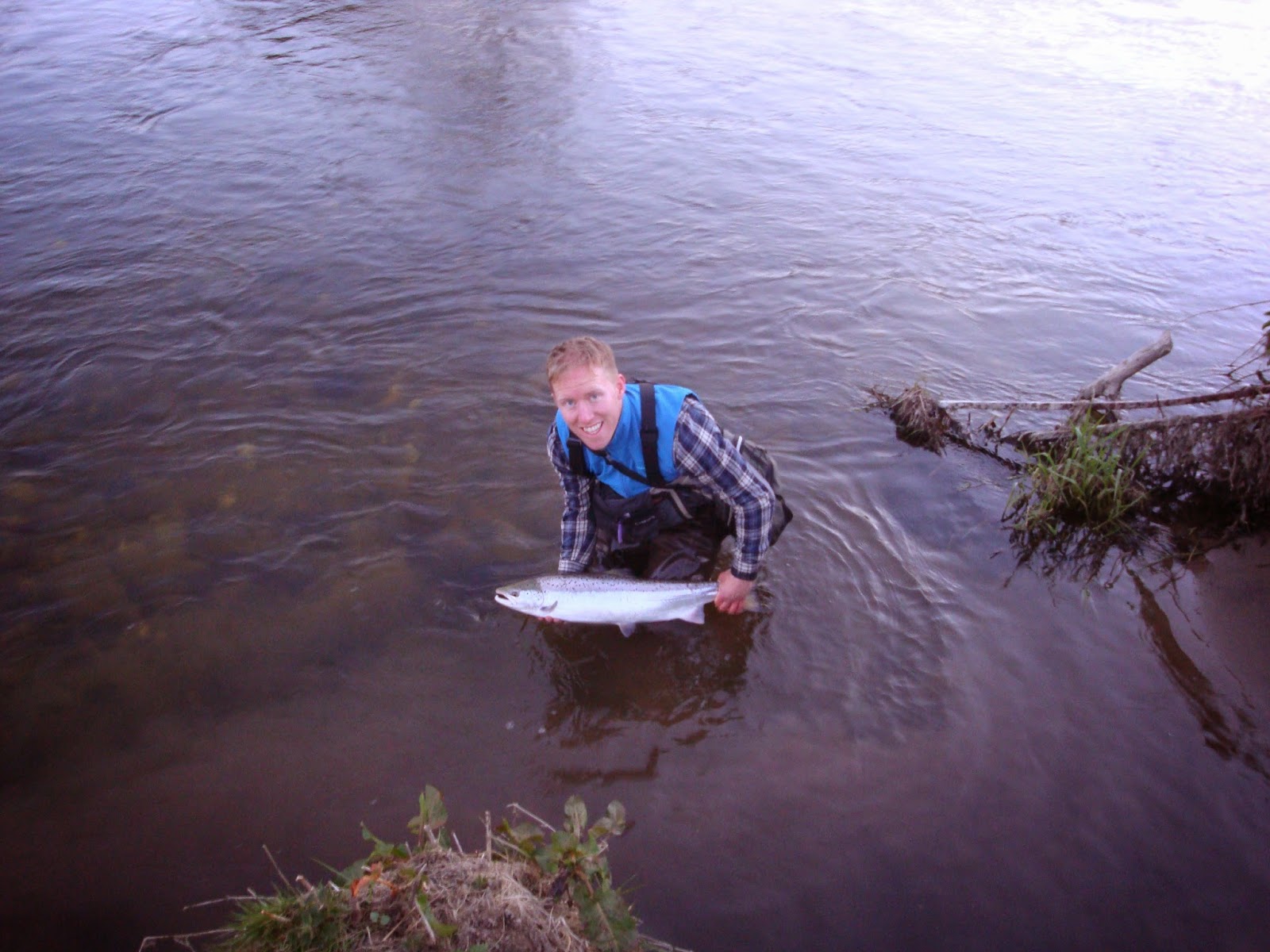 A Slaney Springer taken on a Sunray.


I didn’t manage to contact any springers on my favourite haunt, the Finn. On reflection, Very few of my visits coincided with good fishing conditions, this coupled with the fact that the river didn’t get the best run of fish. I enjoyed a great day guiding on the Snaa Pool, River Mourne where a guest caught a superb fresh run, 12lb springer.


I travelled to the Tay at Murthly again this summer. Five of us travelled to Scotland and rented a pretty bungalow in picturesque Dunkeld. In typical fashion, our visit yet again coincidedwith a heat wave, yet Liam managed to winkle a fish out of his favourite Island Pool. The female members of our party did quite well. Caireen lost a fish in the Tronach after an epic late evening battle. Maeve landed here first salmon on the second day at Stenton. The trip to the Tay is the highlight of my angling year regardless of how the fishing turns out. Tony Black, the Ghillie at Murthly is fantastic company and a superb ghillie. Needless to say, Murthly is booked for July 2015 again. 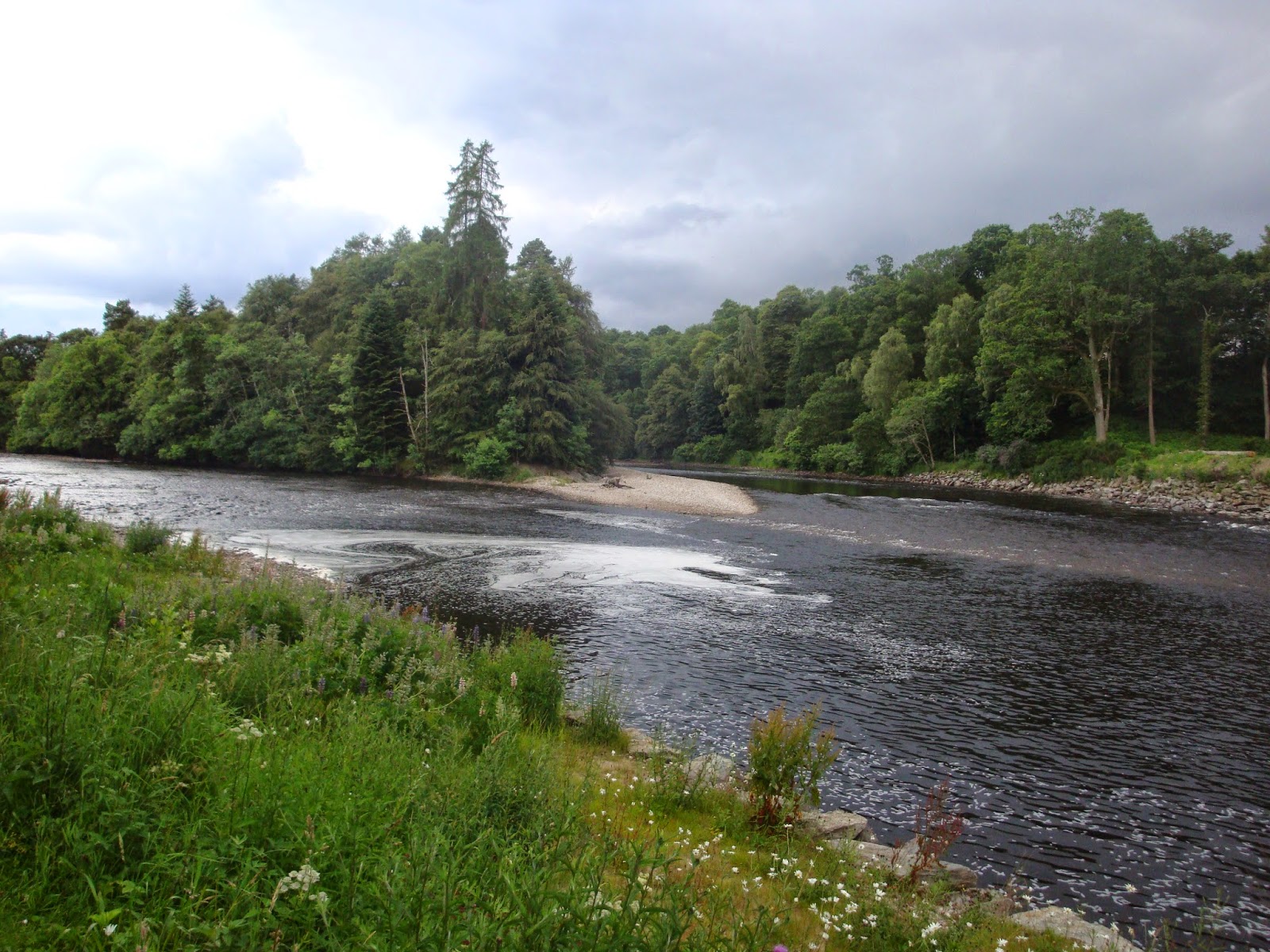 There wasn’t much time to kill at home in Louth after the Scottish trip before I headed north-west to Donegal. Glenmore Rivers fishery manager Sim handed me the reins at the lodge while he attended a wedding in England. There were good water levels during my week at Glenmore, yet there was a mediocre run of grilse. Luckily, our guests from Florida caught fish, nonetheless and enjoyed a great holiday. After my stint as host, I got an opportunity to do some fishing and enjoyed a great day on the upper Finn landing five grilse and losing a few more. 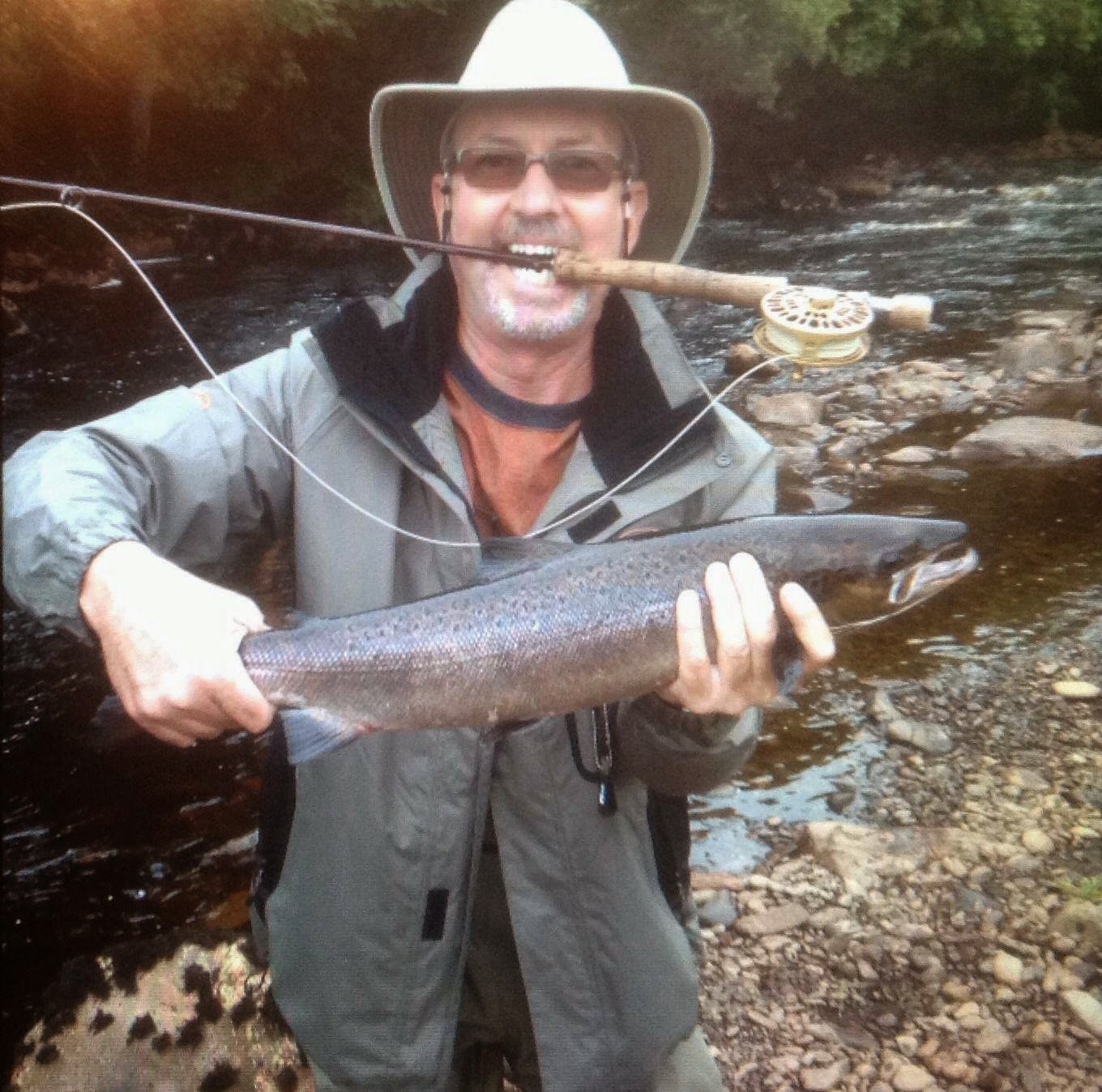 Kevin is justifiably happy with his Finn grilse taken at Kearney's.

August saw some rain and I managed a few more Finn fish but the fishing in Louth remained exceptionally poor. The river Dee got a small rise on one occasion but very few fish seemed to run. While there was low water there was no build of fish in the lower stretched of the Dee and Glyde, in stark contrast to the previous season. 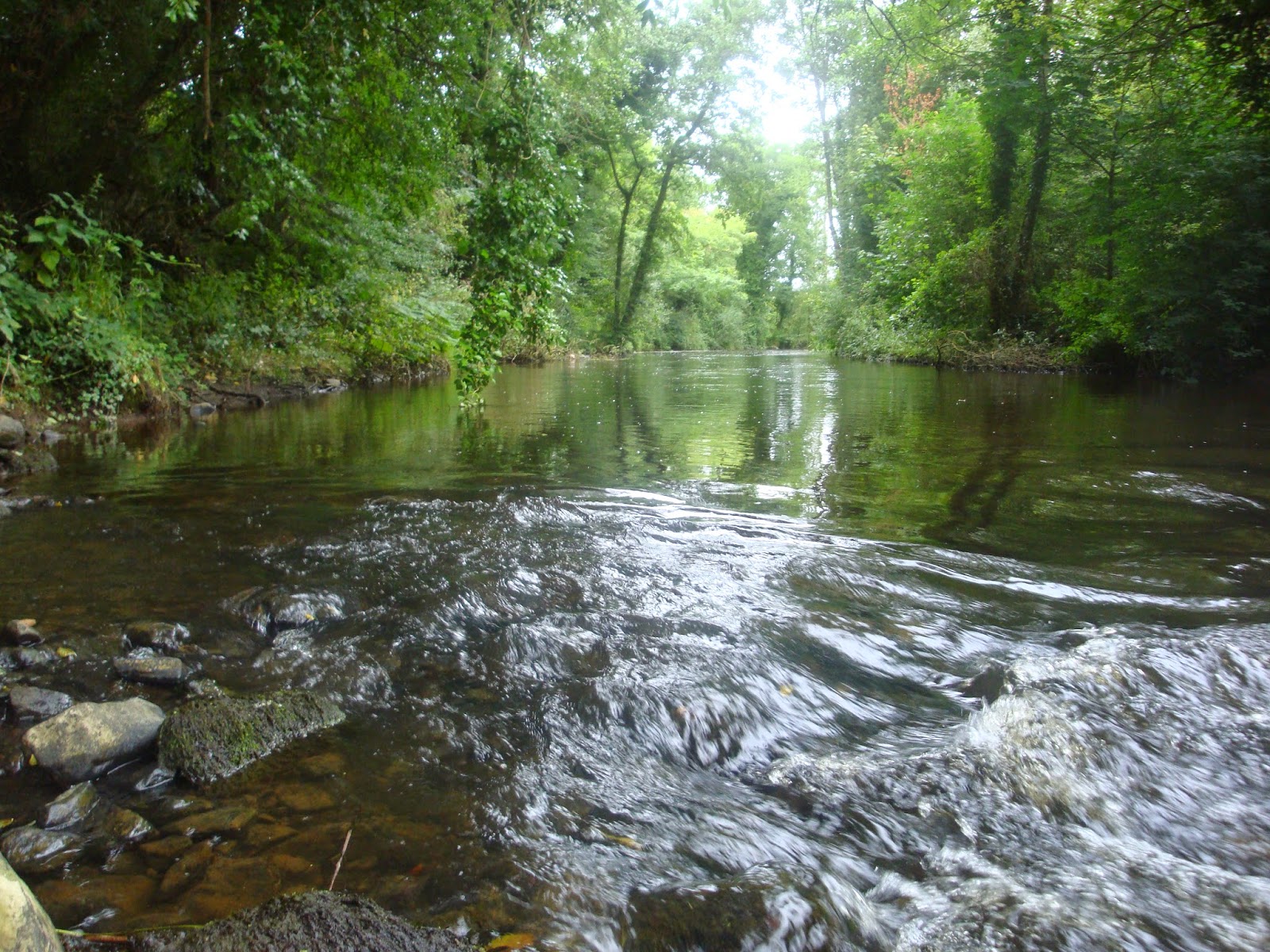 A lovely stretch of the Dee in Co.Louth. A single hander with a no.7 line is ideal.

Another highlight of 2014 was a day spent fishing in the breathtaking surroundings of Glenveagh National Park in the company of James, who caught a lovely 2.5lb sea-trout in very challenging conditions. 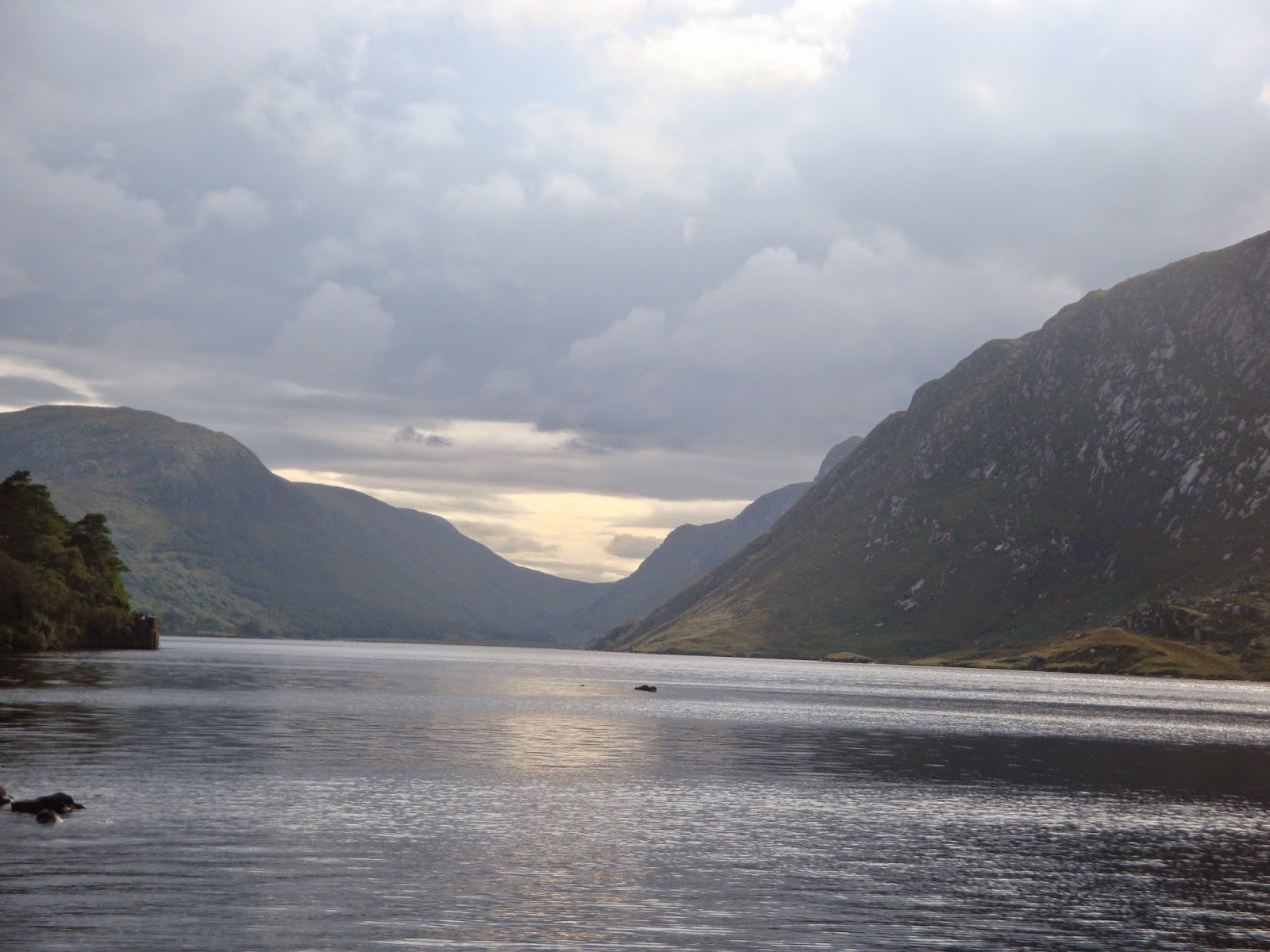 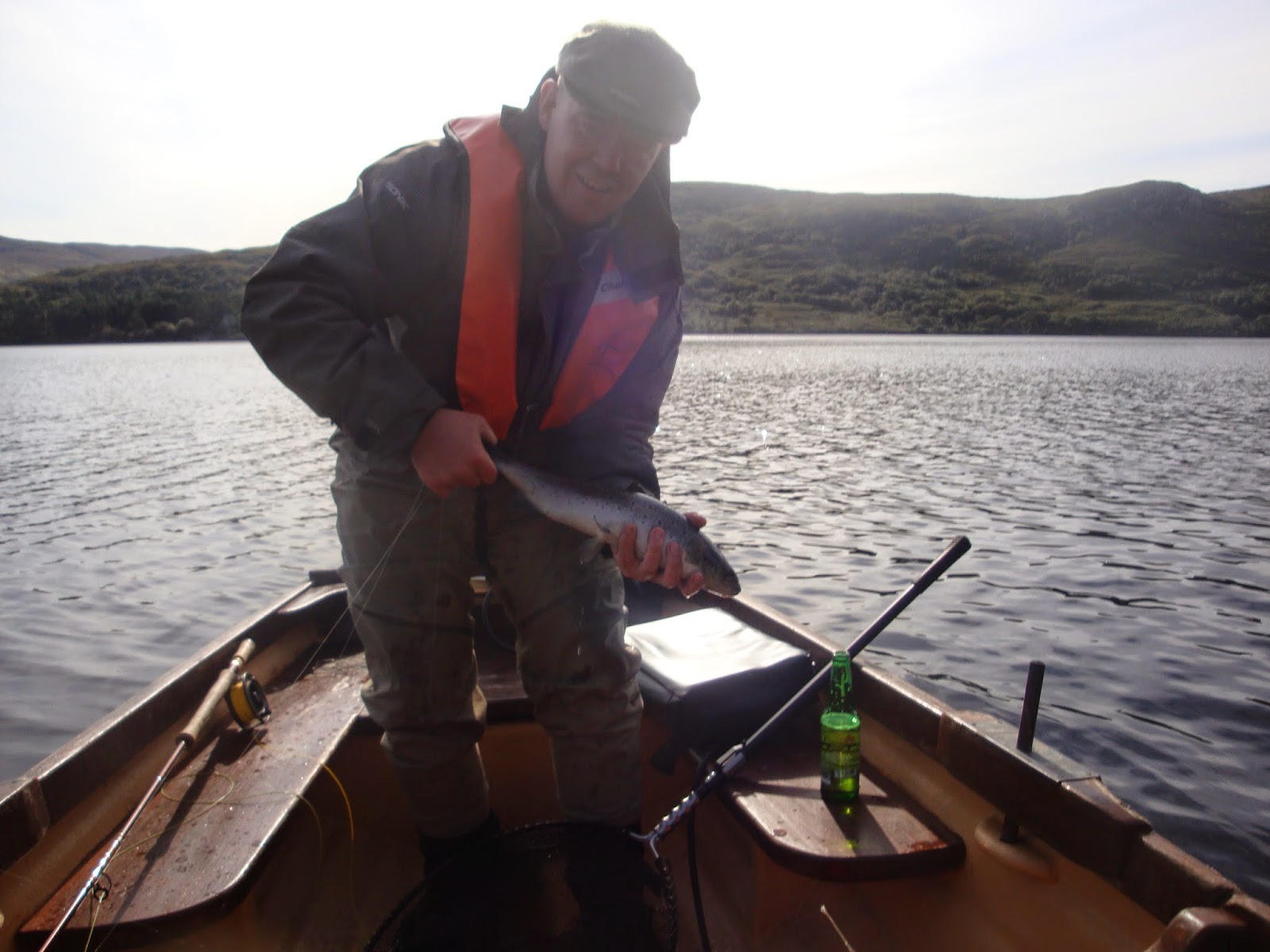 I spent a few hours on the Boyne at Navan with Frank Doherty and caught a lovely five pound grilse on a tiny turbo disc tube. This, however, was to be my last salmon of the season. September usually sees the cream of the fishing on the East Coast but a combination of low water and no fish prevailed. A small rise in water levels on the Fane in October failed to bring any salmon upriver and so the season simply petered out. 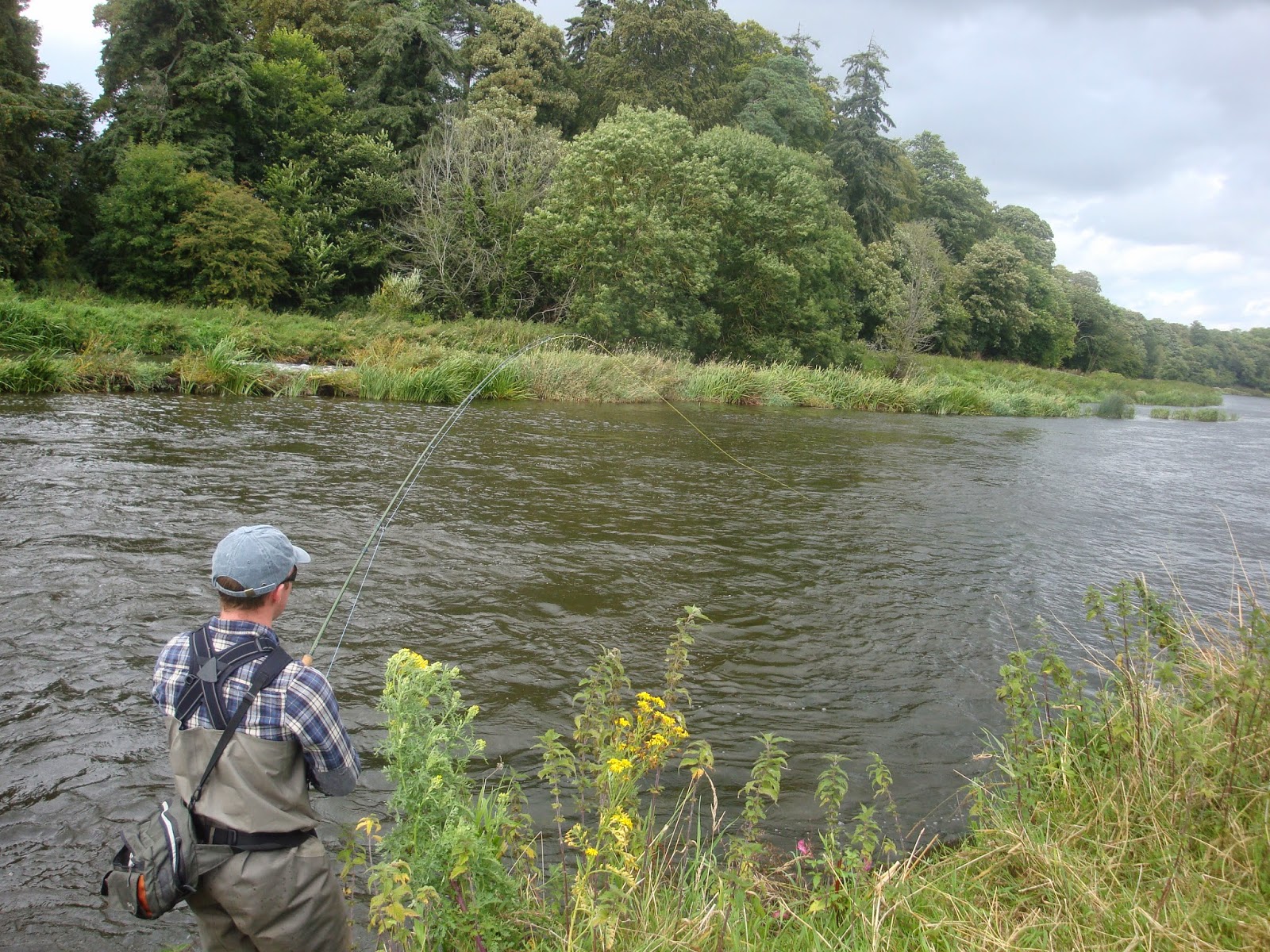 A welcome fish on the Boyne at Navan. First blood to the Loop Xact 12'6 #8. GDC Float/Inty head. 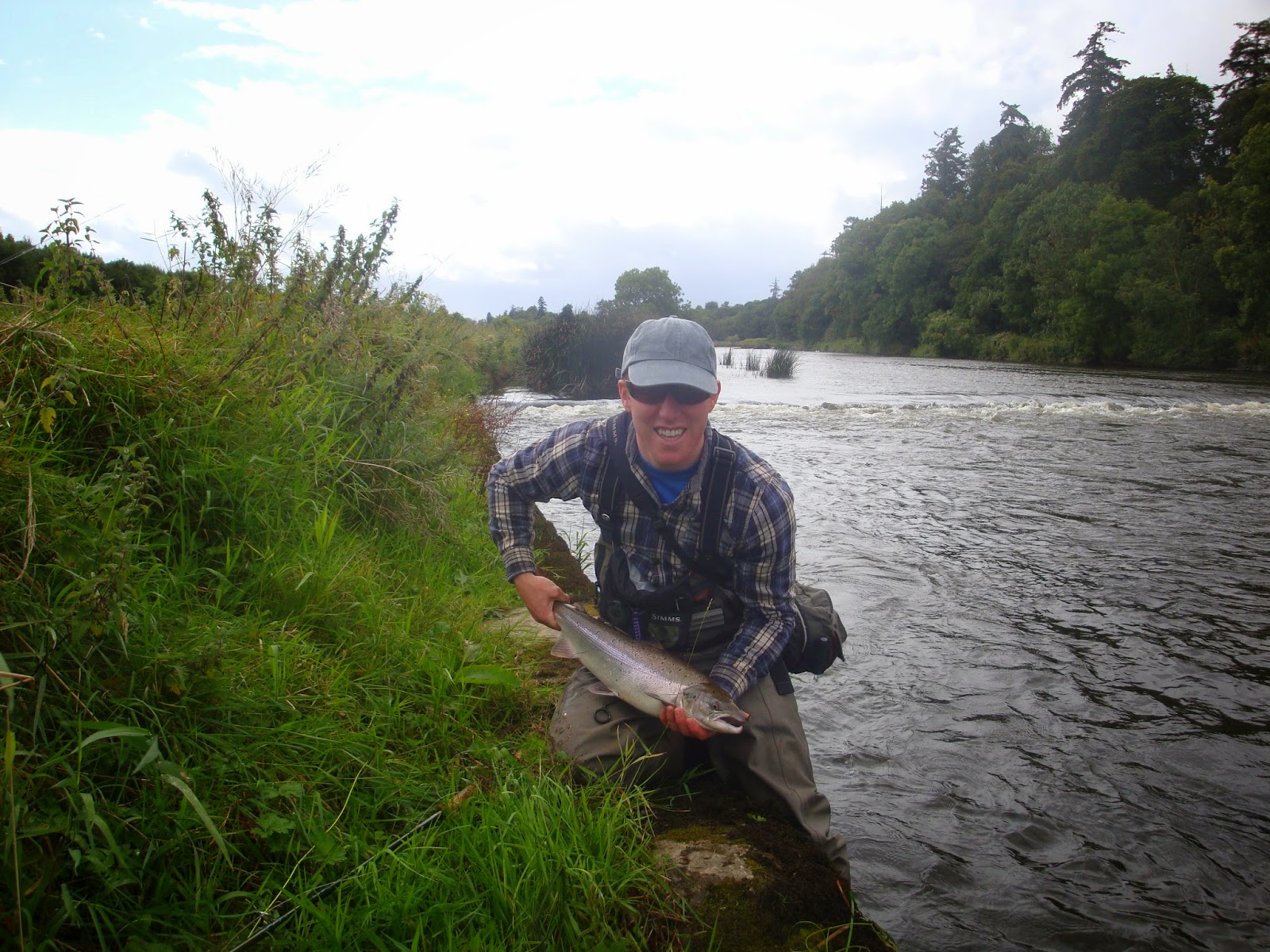 Looking back, the eternal optimist in me is telling me that surely 2015 can’t be as bad as 2014. Last year I waited until March before wetting a line, this year, impatience has got the better of me. My new salmon licence arrived in the post this evening and it looks likely that I will wet a line in the next week or so. 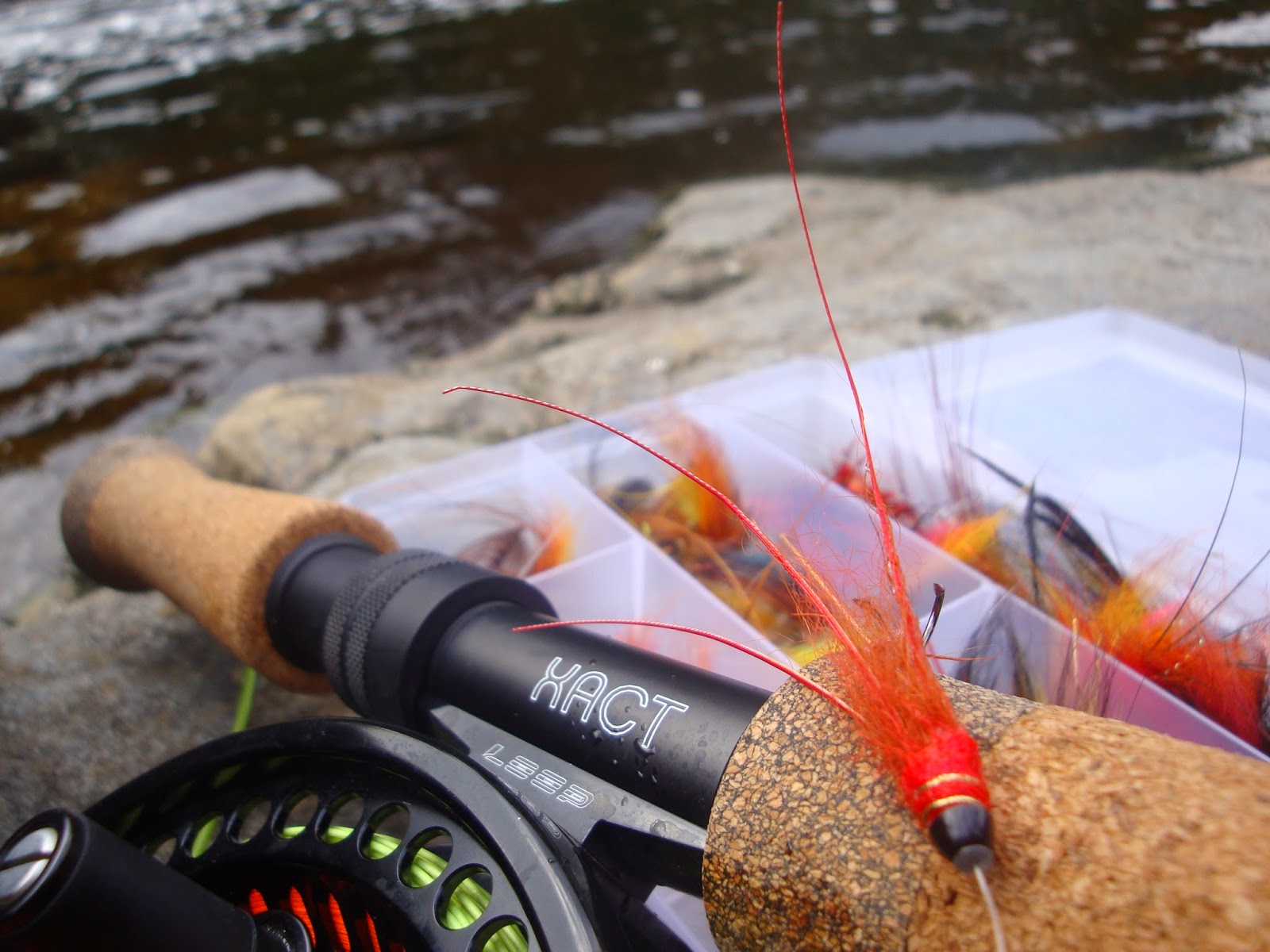 Putting the 12'6 Loop Xact through its paces on the Mourne in October. 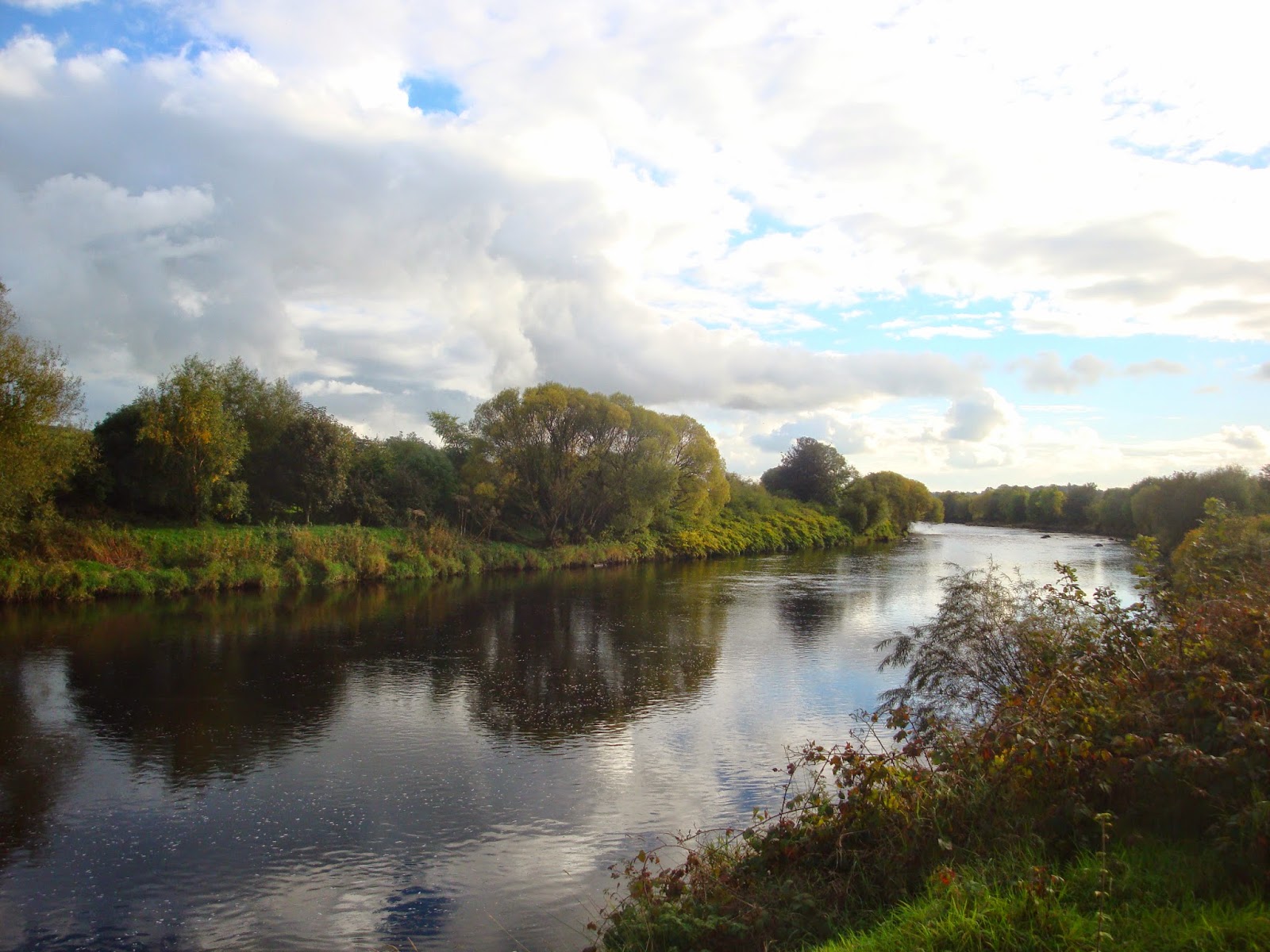 Lord's Pool on the Mourne at Sion Mills.