Trout on the Fane 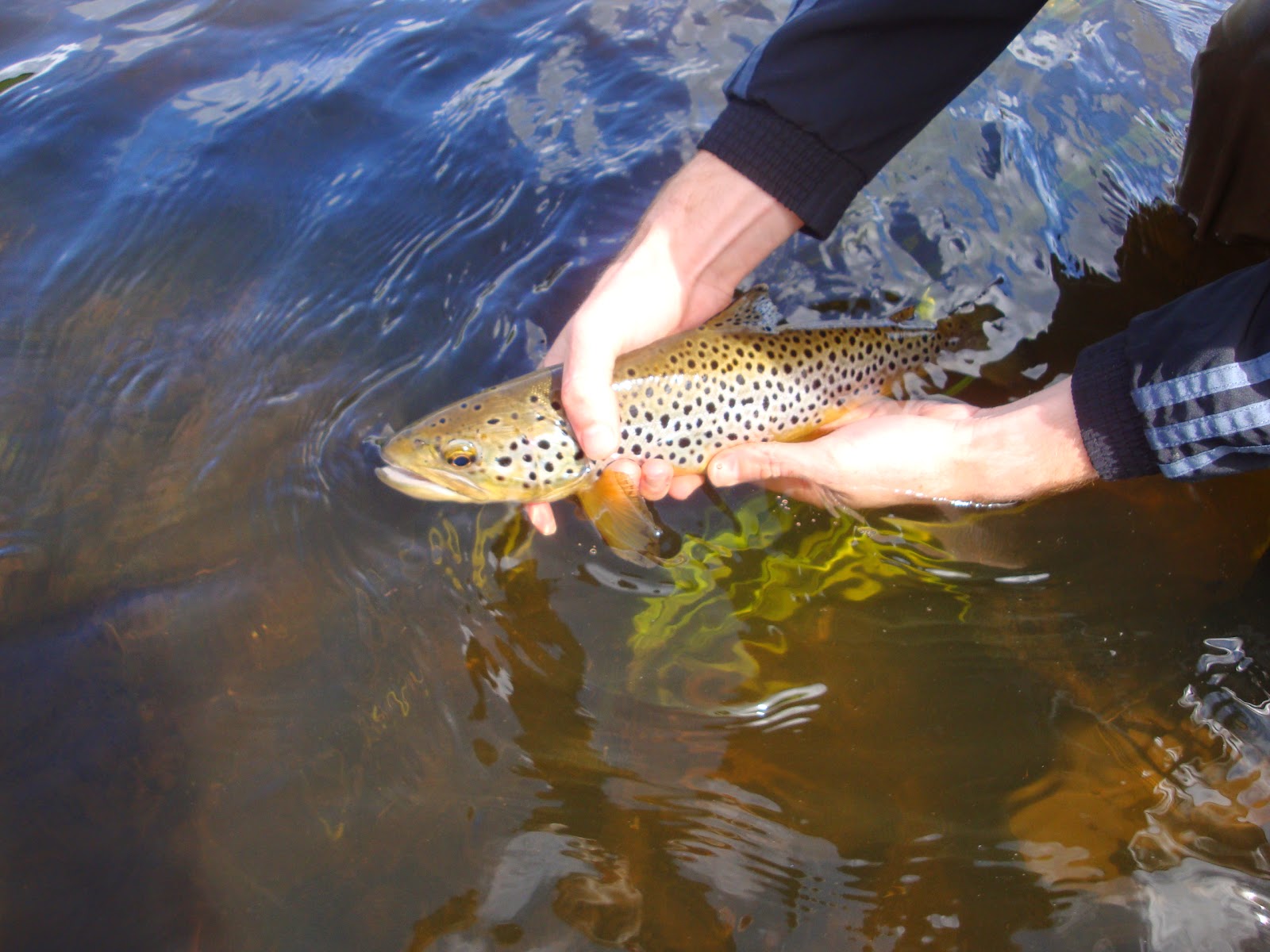 The trout fishing on the Fane has been excellent recently so my fishing buddy, James Casey decided it was about time he came down from Derry to give it a throw. Typically, the weather turned rough on the Saturday and on Sunday we were faced with a colouring, rising river. Anglers had been enjoying tremendous sport with the trout keyed into hawthorn flies. The best of the hawthorn fishing was now over but we encountered a super hatch of Olive Uprights. For some strange reason, however, the trout failed to rise to these delicate upwings. We did, however, come across some trout which were feeding heavily in prime feeding lies. My brother managed an excellent trout on a dry paradun while myself and James got a couple of beauties, team fishing to a couple of rising trout. Great fun! 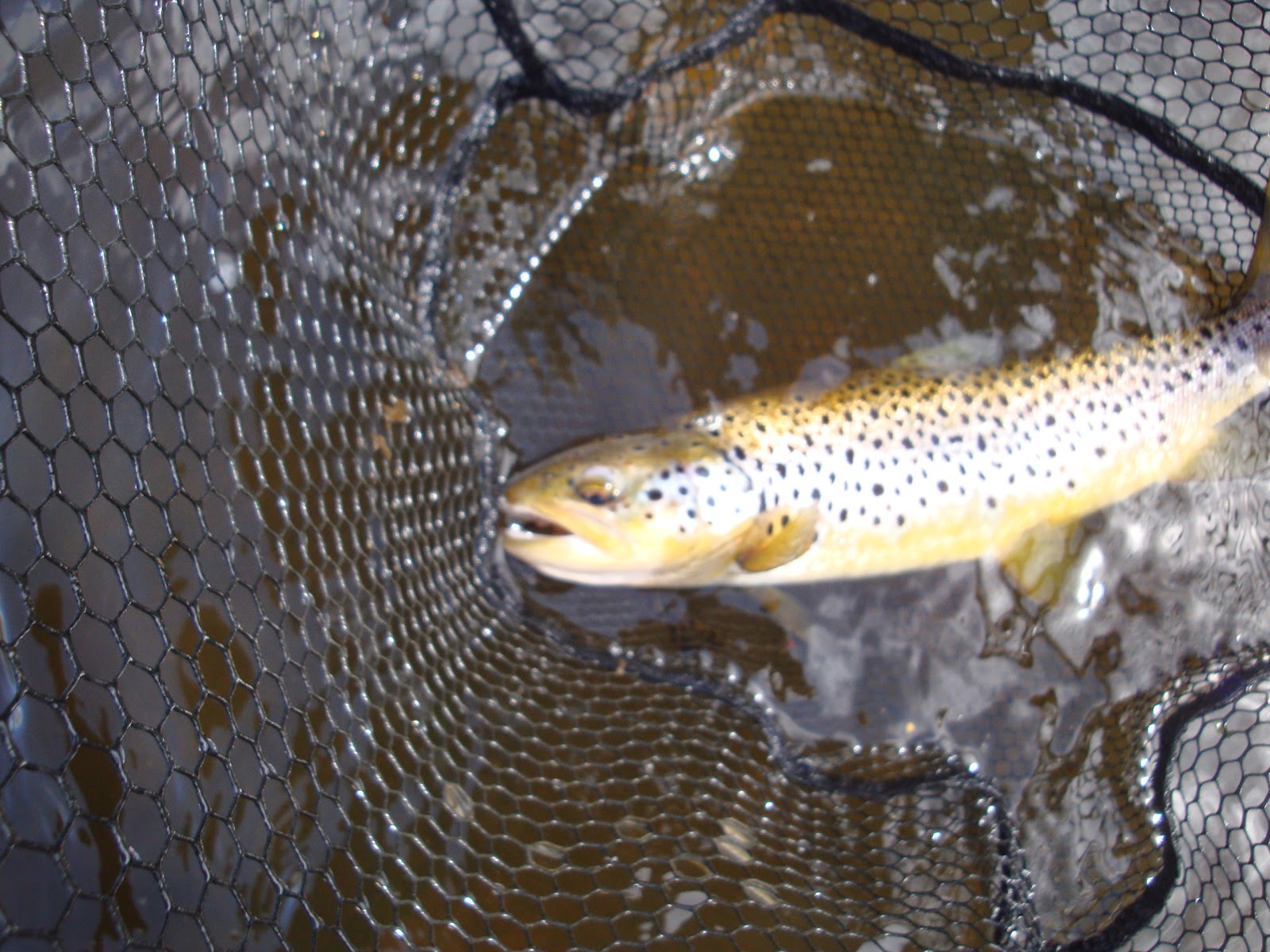 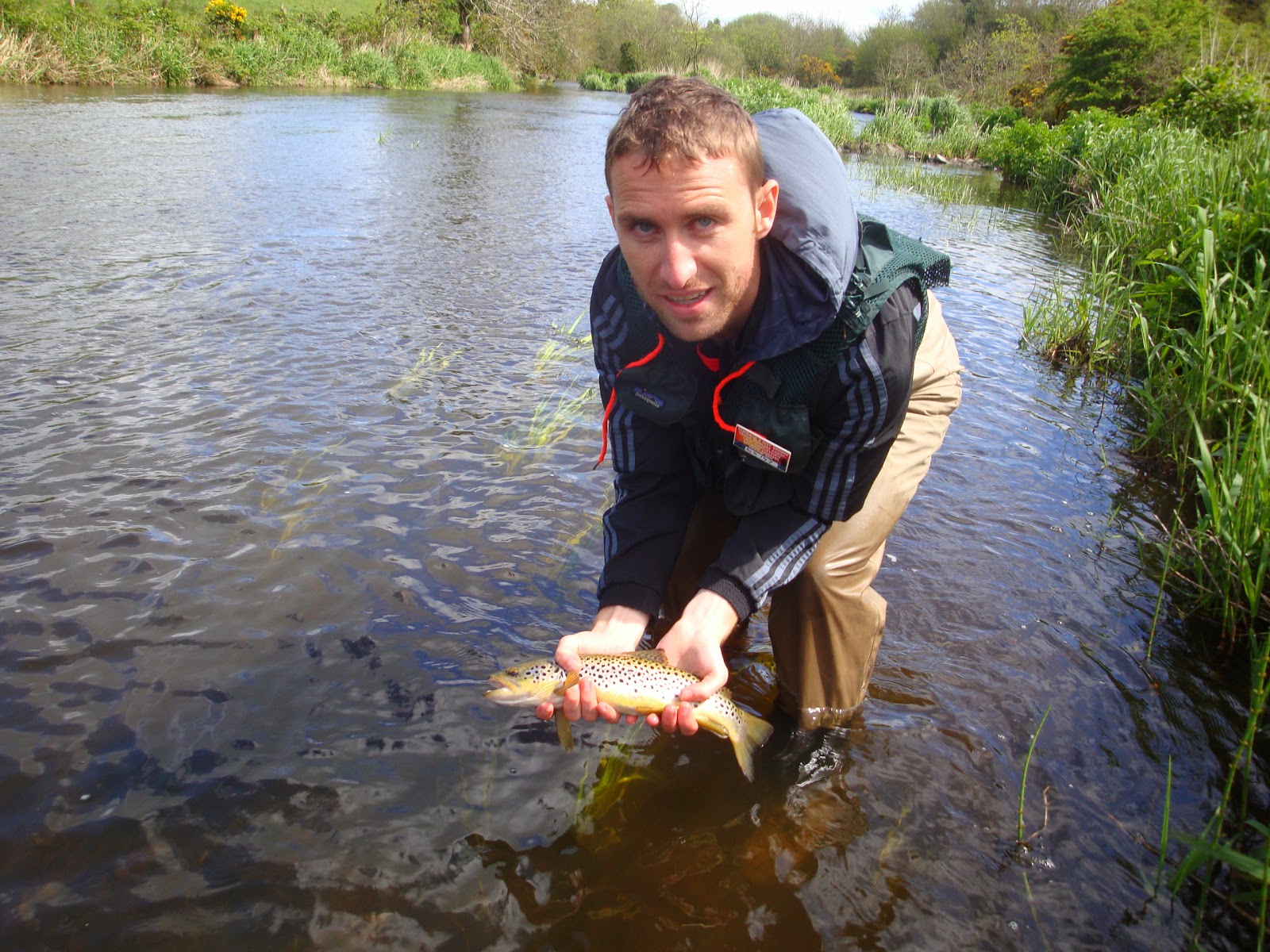 A lovely trout for Darragh. 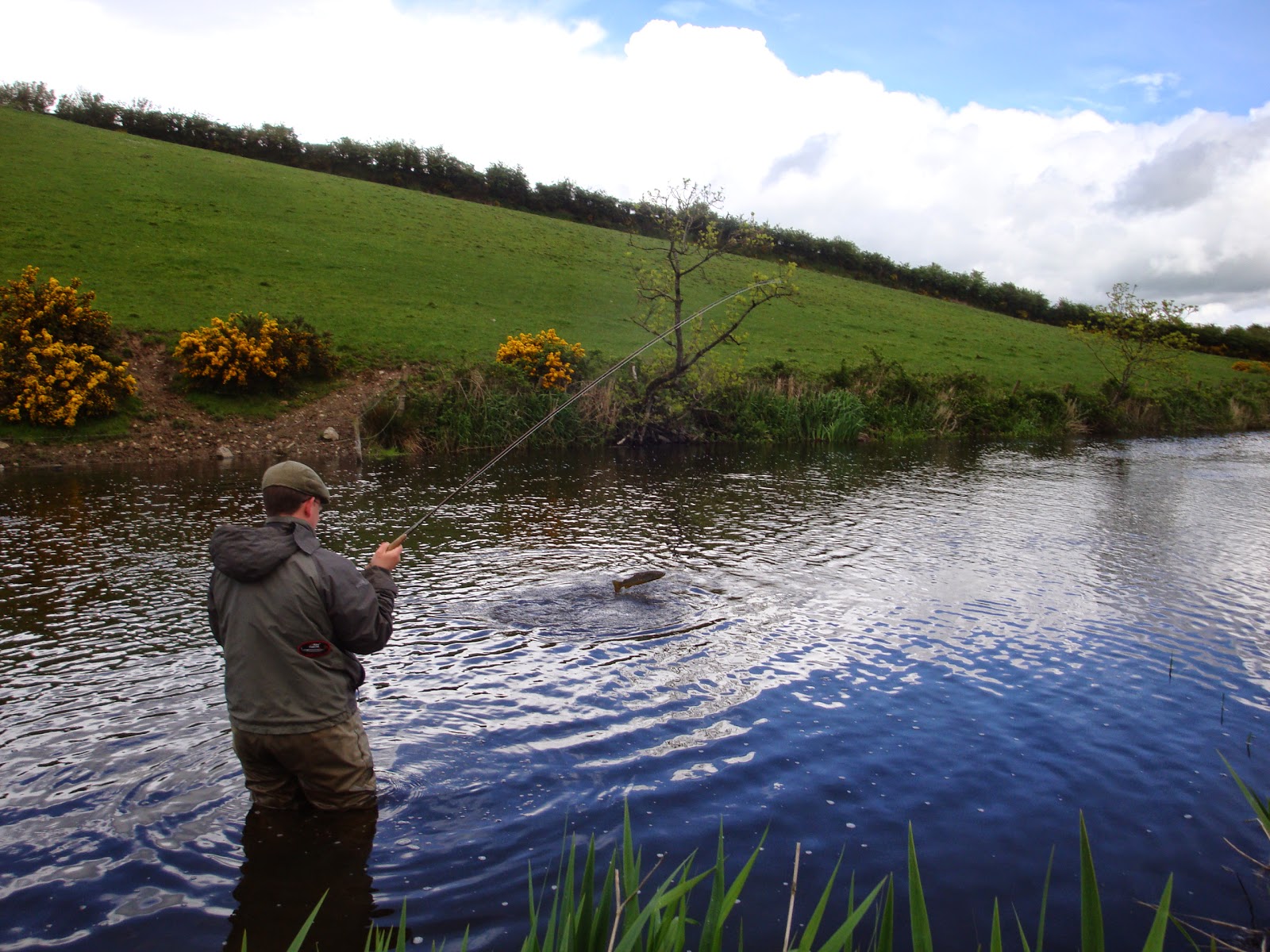 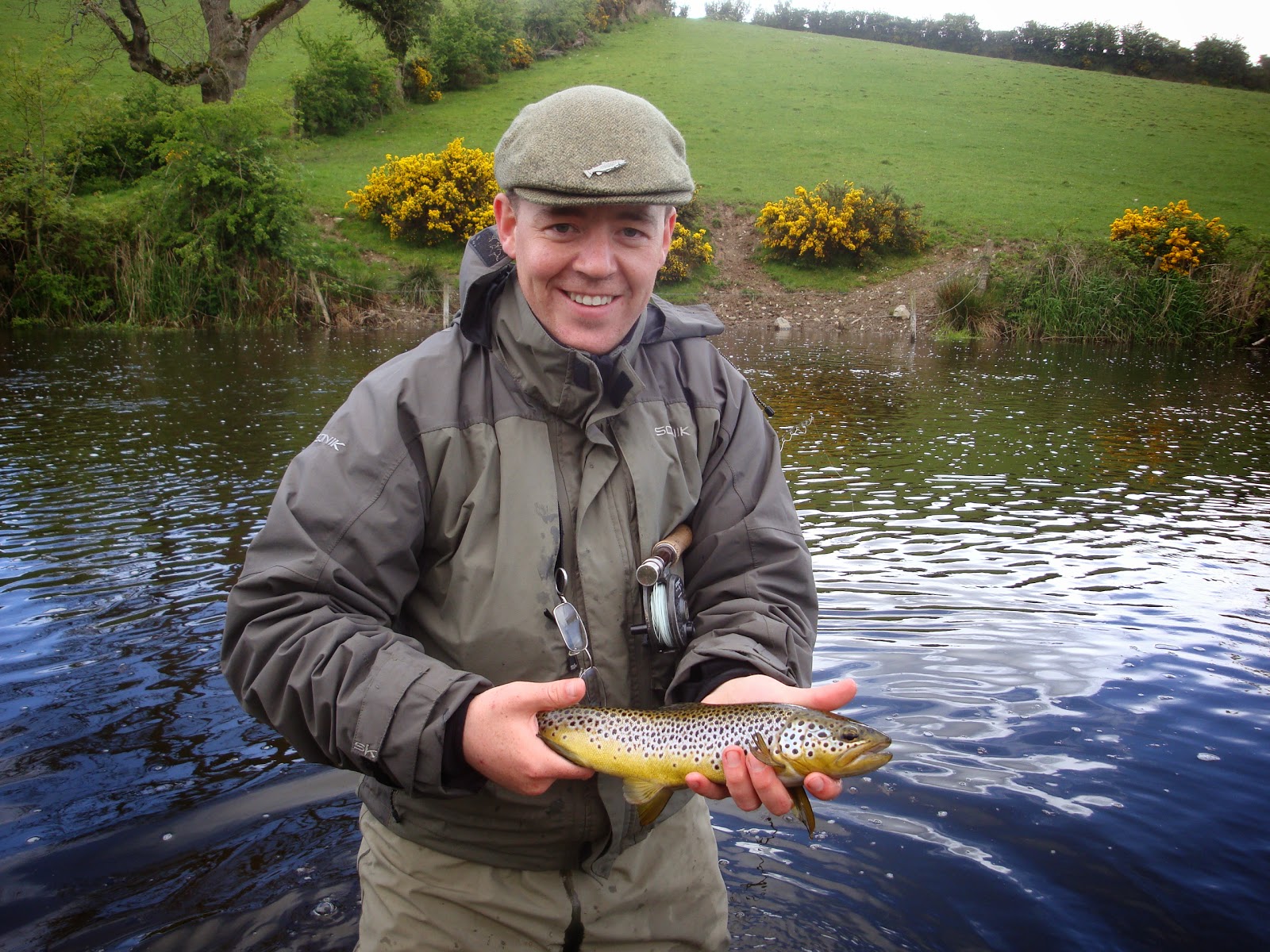 James looks pretty pleased with himself! 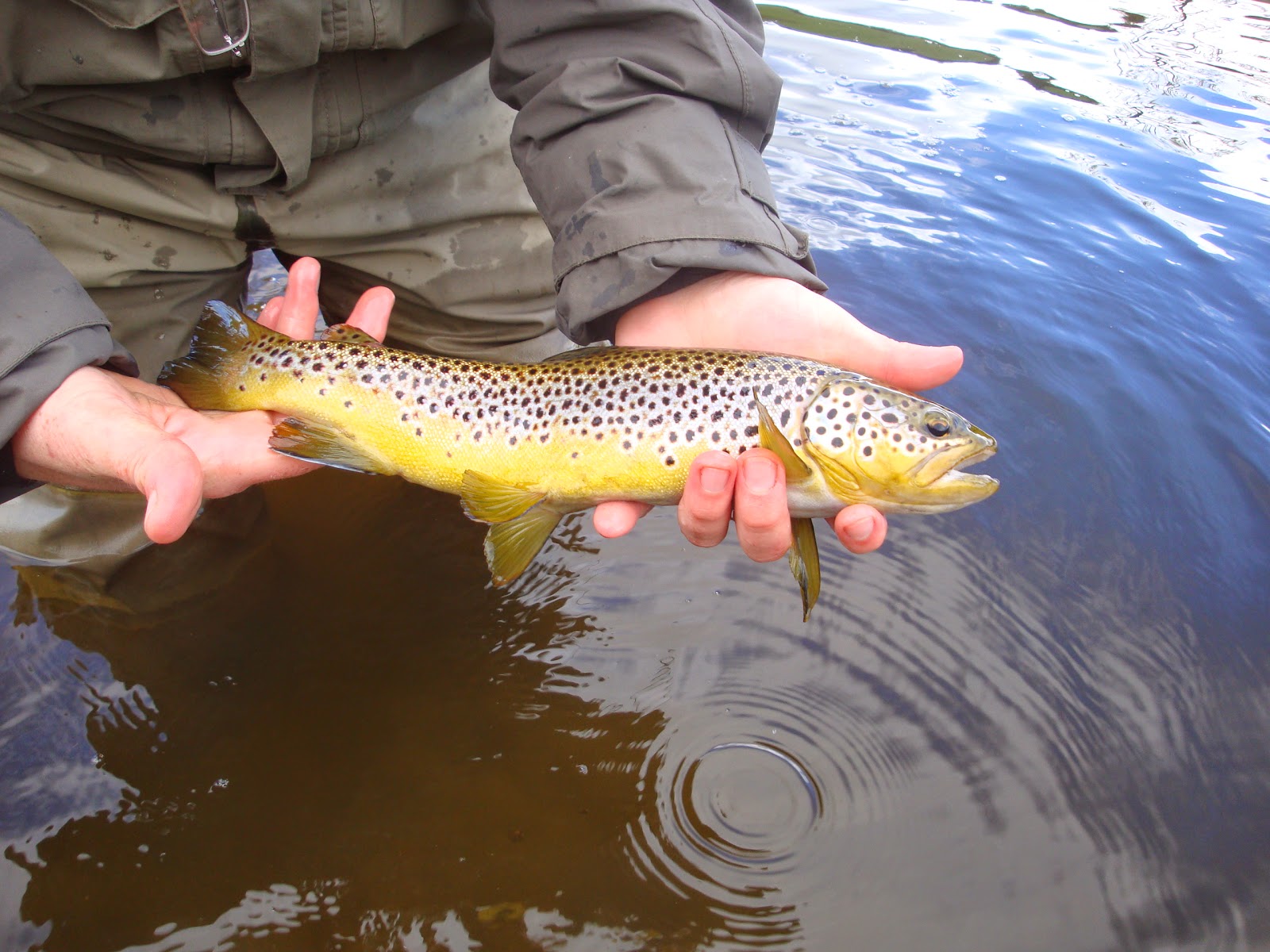 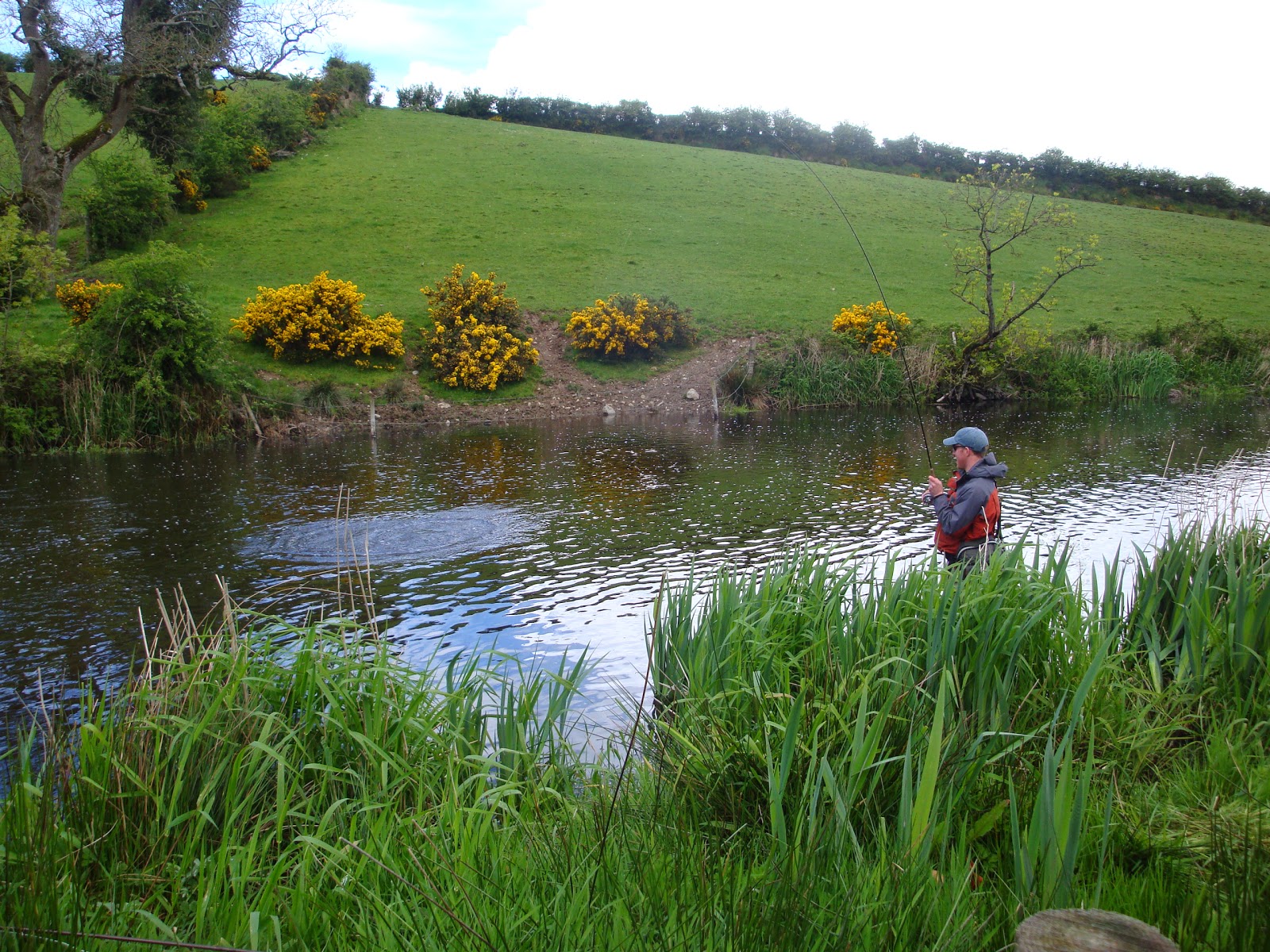 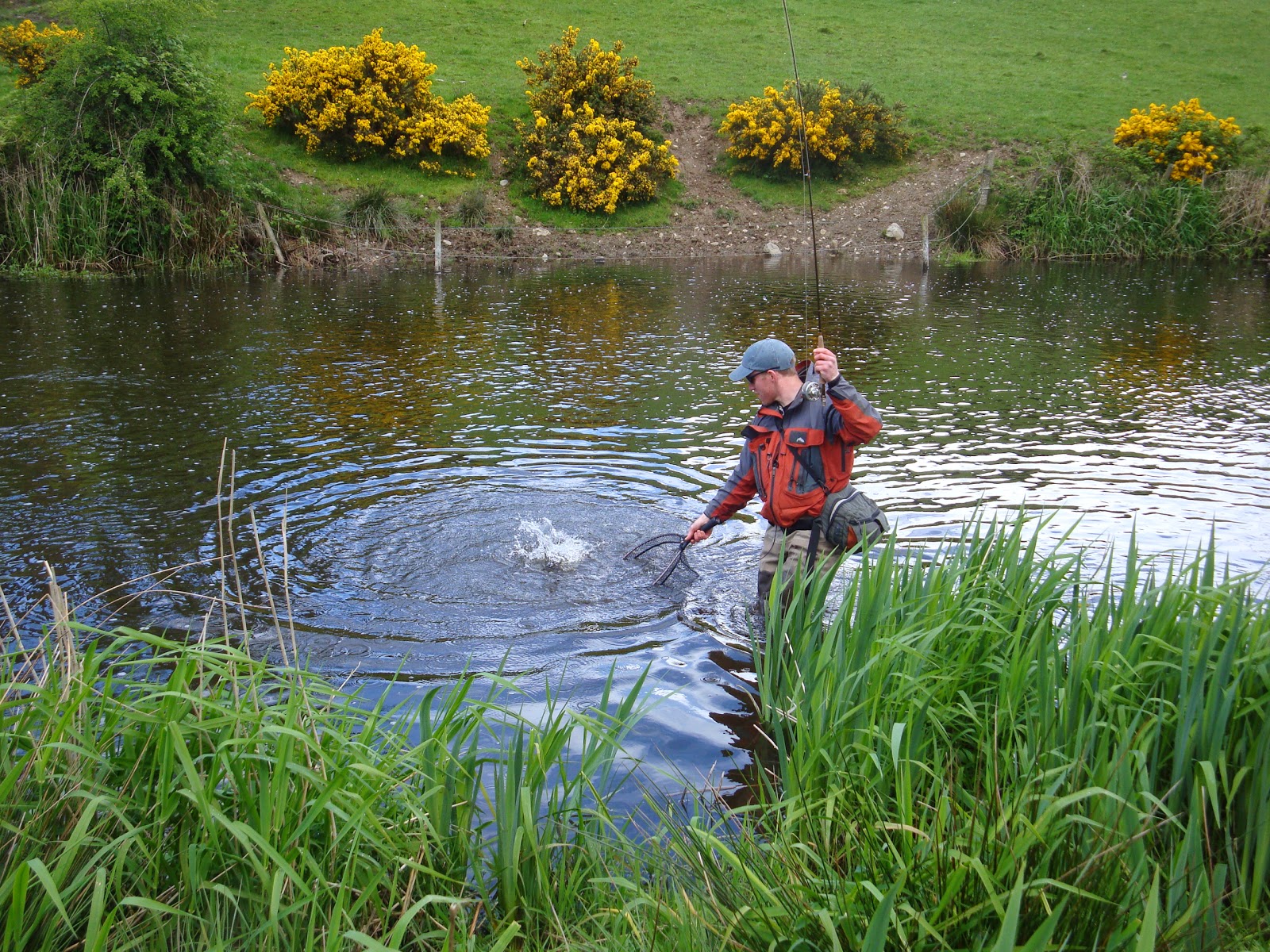 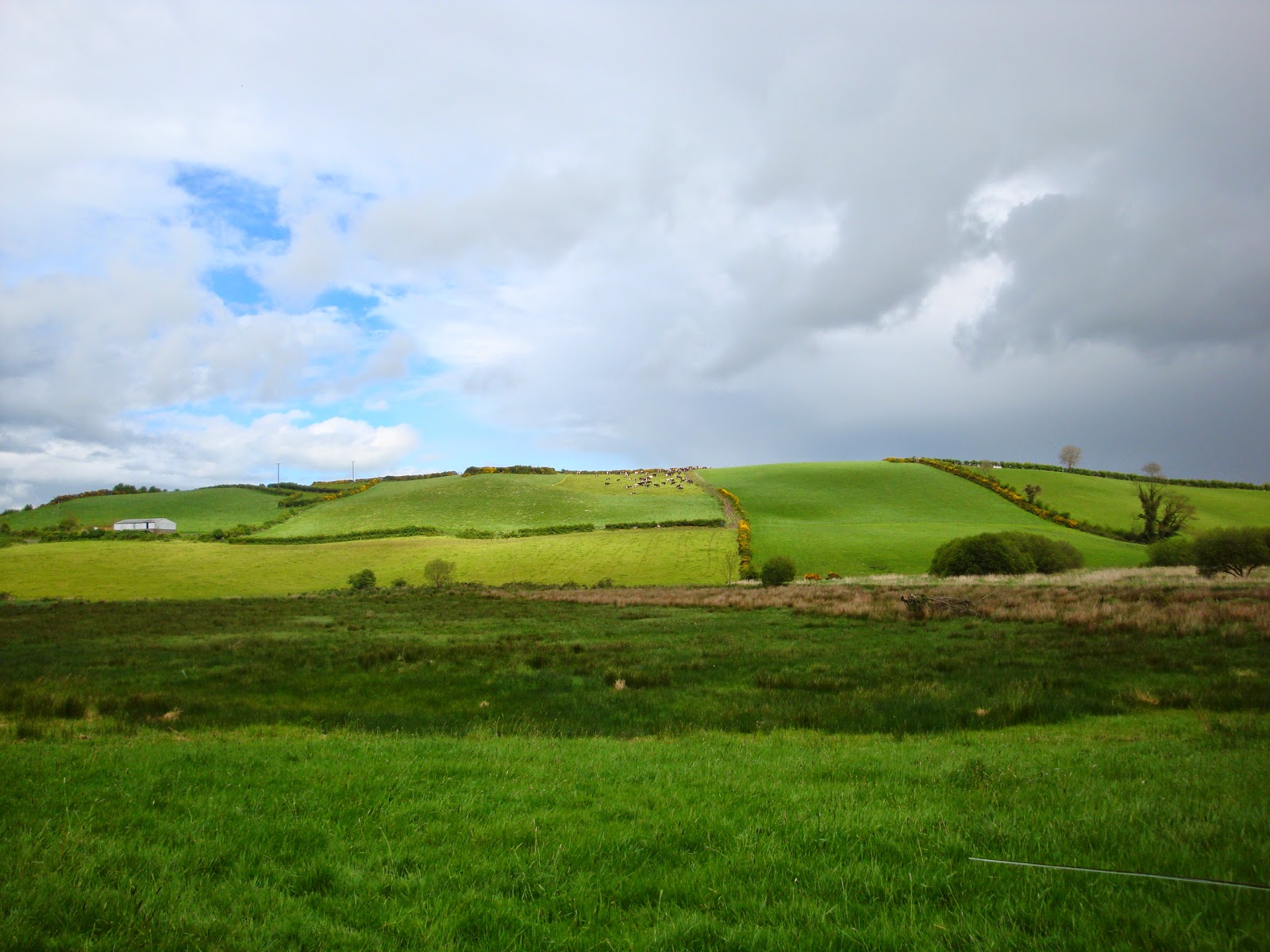 The end of May and June sees the cream of the fishing on the Fane. I usually manage my biggest trout of the year during the course of the next few weeks as the biggest trout key in on sedges. Fishing the hatches of small caddis flies, known locally as 'Grey Flag' can be absorbing and very tricky. The big trout often key in on the pupal stage of the fly and often hunt the swimming pupae just under the surface. If we get warm weather, I won't venture out before 8 o' clock and often stay on the river till after midnight. Luckily the Fane flows from west to east so you're often pitching your dry fly into the setting sun so visibility remains good till late on into the night. Spending a couple of hours in the lonely drumlin country of South Armagh/Monaghan as the night falls is a fantastic way to zone out after a busy days work.